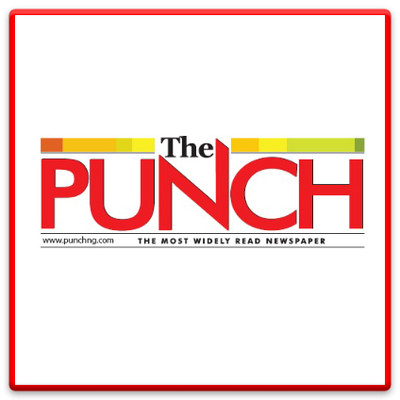 Adetayo said it was because of a story he published on Sunday about President Buhari’s ill health.

According to PUNCH, Abubakar summoned Adetayo to his office to question him on two reports he considered uncomplimentary of Buhari and his administration.

The report stated that Abubakar referred to the lead story of SUNDAY PUNCH of April 23, 2017, titled “Fresh anxiety in Aso Rock over Buhari’s poor health” and the correspondent’s column – Aso Rock Lens – published on Saturday, April 22, 2017, and titled “Seat of power’s event centres going into extinction.” Abubakar queried Adebayo on the motive behind the stories.

“Abubakar asked one of his men to go and take our correspondent’s statement and revert to him.

He thereafter directed the Officer in Charge, Department of State Services (DSS), Victor Nwafor, to withdraw our correspondent’s accreditation tag and lead him out of the premises after retrieving his personal belongings from the Press Gallery of the Council Chambers.

Nwafor left an instruction at the Admin Reception that Adetayo should no longer be allowed into the premises after which he handed him over to another security operative who led our correspondent to where his car was parked to ensure he left the premises as instructed,” the report added.

The presidency has however responded to the report, saying that the CSO did not contact the Aso Rock media office.

Femi Adesina, the Special Adviser (Media and Publicity) to President Buhari in a series of tweets disclosed this. 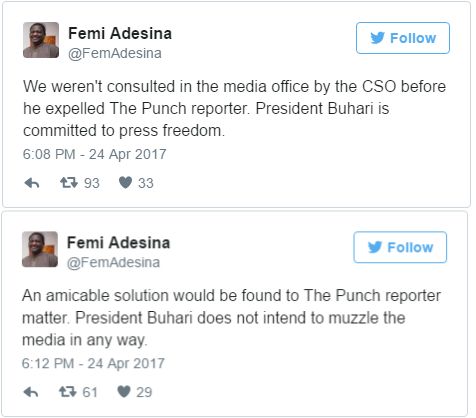