The Need-To-Know Details About "King Of Boys: The Return of The King" is Right Here! 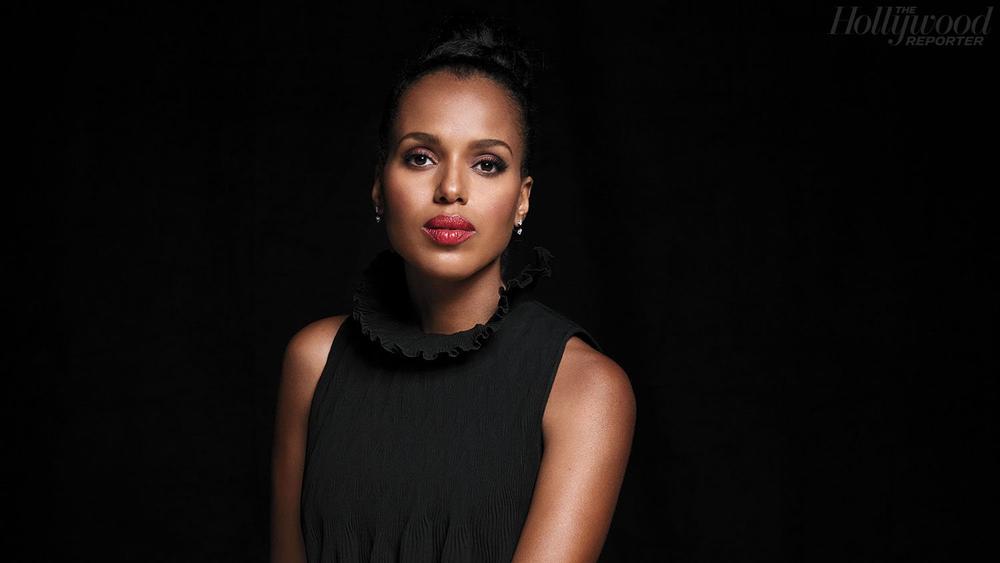 Hit ABC series Scandal is celebrating its 100th episode and to share the ideas and insight for the series with their fans, the cast, and crew of the series had a chat with TheHollywoodReporter magazine recently.

In the piece, THR sits down with Shonda Rhimes, Kerry Washington, Tony Goldwyn and other notable members of Scandal‘s cast and crew as they tell all about the show’s casting secrets, navigating race and Trump in the current political climate, having an openly gay character, Aretha Franklin’s thoughts on the show’s abortion scene, and more.

Channing Dungey, then-ABC drama head (now president of ABC Entertainment): Shonda said she felt strongly that Olivia be black. It was inspired by Judy, and she wanted to honor that.

Shona Rhimes: Nothing felt more important than the sense of outsiderness. I didn’t know that there hadn’t been a drama series with a leading black woman for 37 years. When the show got picked up [to pilot], I got a phone call from somebody who said, “This would be the perfect show for Connie Britton.” I said, “It would be, except Olivia Pope is black.”

Linda Lowy, casting director: The network was reading us their top choices, and it was Connie and all white women. I panicked. Somebody finally piped up, “We’re going to have to redo this list.”

On how Scandal became more than just a TV show:

Joe Morton (Rowan Pope, Olivia’s dad and head of spy ring B613): Season three started with me telling Olivia, “You have to be twice as good to get half as much.” Every black publication I could get my hands on ran things about it.

Kerry Washington: When black people talk about “the talk,” it means two things: your parents saying you have to be twice as good to get half as much, or here’s what you do if the cops pull you over.

On having an openly gay character:

Tony Goldwyn (President Fitzgerald Grant): We found out Cyrus was gay in the third episode.

Jeff Perry (Cyrus, Fitz’s original chief of staff): Linda [Lowy, my wife] and I have always had a firewall, and she let out a yelp from the backyard. I’d find out later that she had just read the page that said, “Olivia knocks on the door. James [Dan Bucatinsky] opens it and says, ‘My husband doesn’t work on Sundays.’ ”

Dan Bucatinsky (James, Cyrus’ first husband): It was the most refreshing, modern, subversive way of letting an audience know that a character was gay.

Guillermo Diaz (Huck, Olivia’s hacker): Shonda cast me in this role of a former trained killer who has a wife and a child, and Shonda [knew I was gay]. She talks a lot about normalizing things, and Cyrus and James adopting helps the world at large start to see that there’s no issue.

Bellamy Young (Mellie, first lady): I remember we showed up for the table read the day the filibuster episode was about to air. [ABC’s] Standards and Practices wanted to cut Olivia’s abortion [in season five].

Shonda Rhimes: I said, “Go ahead, alter the scene. We’ll just have a lot of articles about how you altered the scene.” We had done an abortion on a military woman who had been raped earlier on, and we were doing nothing different than we did in that scene — they just didn’t like that it was happening to Olivia. It was a Christmas episode, and we played Christmas music.

Bellamy Young: I don’t think abortion had ever been presented as an emancipated woman’s option before. And it’s set to “Silent Night.” The balls to pick that song.

Shonda Rhimes: I kept going back to our music supervisor, “We sure Aretha Franklin is OK with this?” I wanted to make sure Aretha knew what the scene was about. Her people said I was fine and to stop asking. It made me love her forever because then I could be like, “Aretha Franklin, who sings a lot of gospel music, is very supportive of this.”

On Scandal in a Trump era:

Shonda Rhimes: There was a very specific planned progression that was going to be easy to tell because Hillary was going to be president, and we were going to be living in the light. But it didn’t occur. I’m still trying to come to terms with that. One bad thing after another keeps happening, and the world feels very unstable. So in a world in which all of the things that we would write on Scandal are happening in real life, it’s very hard to write Scandal the way we used to, when it was like, “Let’s make Washington the most outrageous, horrifying place it could ever be.”

Kerry Washington: Now, we have a hard time competing with reality.

Scott Foley (Jake, B613 agent/NSA director): I always heard season seven would be the last. But when they announced the pickup, it was not announced as the final season.

Shonda Rhimes: I used to know how it ended, and then Donald Trump was elected. We had a destination, and I don’t know if that’s our destination anymore.

“Whoa Baby” – Kelly Rowland has written a Very Candid Book on Motherhood and we’re totally Here for It!