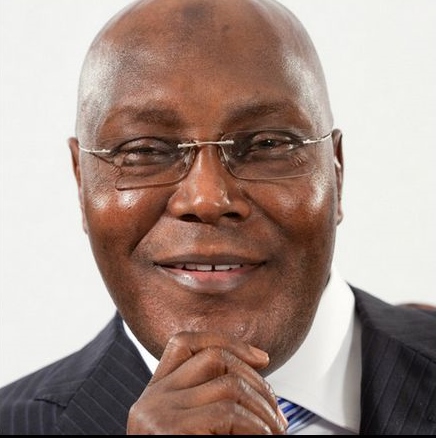 Former Vice President Atiku Abubakar on Thursday said the north must stop the blame game over lack of tangible development in the region.

Abubakar stated this in a paper titled; “The Challenge of Unity, Diversity and National Development: Nigeria at Crossroads.’’

He spoke at the public presentation of Daily Stream newspaper at the Banquet Hall, Nigeria Airforce Conference Centre, Kado, Abuja.

He said Nigerians must continue to live together as one country amidst the seeming pervasive climate of disunity.

“If people get disillusioned, and in frustration, they embrace and imbibe all sorts of views, beliefs and ideas including ones that suggest that people from the other ethnic, religious or regional group is responsible for their woes.

Today, the three northern zones are the most backward. Instead of us to blame ourselves, we are blaming the south.

The (former) Senate President was saying we fought civil war about 50 years. When you fly today from the north to the east, they have rebuilt their own east. We have not even rebuilt a hut in the north.

We are still living in such huts but they have rebuilt the east and then we blame them for rebuilding their own homes.

But the most germane question is: must we really continue to live together as one country amidst such pervasive climate of disunity, which is impeding our development?

My prompt answer to this is yes, we should remain together, because it is the best option, and because we will be stronger, greater, and better in one piece than in pieces,’’ he said.

Abubakar, who advocated for restructuring of the country, said the nation must revisit the 36-state structure in view of the idea of overly dominant federal government.

He said the nation must devolve power from the centre to the federating units, adding that many of the items in the Exclusive List should be devolved to the states or any other agreed federating units.

According to him, devolution of powers must include an end to federal intrusion in local government administration.

Those powers should be vested in the state governments. And it should include an end to federal ownership of interstate roads, schools, hospitals and the uniformity in remunerations across the country.

We must sit down, discuss, and agree on the nature of our fiscal federalism – how to share our resources.

I am on record as having advocated for the control of rents by the federating units from which they are derived while the federal government retains its powers to levy taxes,” Atiku said.

He stressed that this will make the nation productive again as all the federating units would engage in healthy rivalries and competition, which would only result in more progress.

Abubakar maintained that “to persist in what we are doing now is to do injustice to ourselves and jeopardize our future.”

“We should endeavour to effect the needed changes by talking among ourselves and across our various divides – engaging in meaningful dialogue.’’

He urged Nigerians to take full advantage of the democratic spaces and institutions to instigate positive conversations in that regard.

According to him, given the right environment, there is hardly a limit to what a people can do for themselves by themselves.

He thanked the management of the Daily Stream newspaper for the opportunity to share his thoughts on these issues.
Abubakar wished the newspaper many years of excellent, fearless, responsible and accountable journalism.

The Chairman of the occasion and former Senate President, Ken Nnamani, said those advocating for the restructuring of the country were not necessarily calling for dismembering of the nation.

He announced that his committee on electoral reforms was not about restructuring of the country, saying the committee’s duties was purely on electoral matters.

Editor/Executive Director of the newspaper, Auwalu Mu’azu, said its publication started in 2015, with an initial capital of N2m.

He, however, stated that the official inauguration of the newspaper was meant to generate additional revenue to expand its operation and circulation.