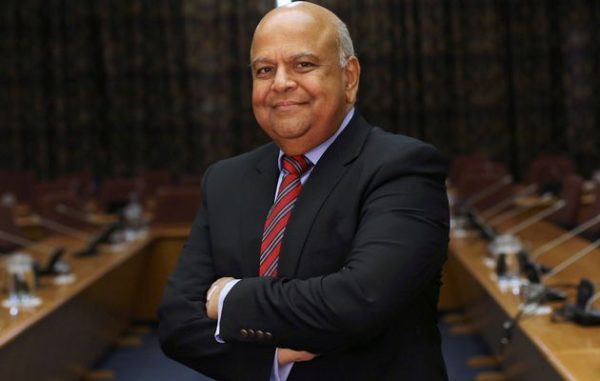 Former South African Finance Minister Pravin Gordhan, sacked by President Jacob Zuma has denied accusations that he was plotting against the state. He broke silence on the intelligence report which had led to his axing at Midnight on Friday while speaking to the press at the National Treasury’s offices in Pretoria.

He was joined by his dismissed Deputy Finance Minister Mcebisi Jonas at the conference where he admitted he learnt of his dismissal on television like other members of the public, stating clearly also that the plotting accusations from Zuma were false.

According to APA NEWS, Zuma has reportedly presented the intelligence report to the ruling African National Congress leaders and its alliance partner, the South African Communist Party, as justification for dumping Pravin and Jonas from the government.

The report alleged that Gordhan planned to meet with foreign forces in an attempt to overthrow the state during their planned trip abroad this week. A factor leading to Gordhan’s recall from international roadshow at short notice on Monday. The sacked minister claimed the trip was to reassure rating agencies and international investors about the stability of the country.