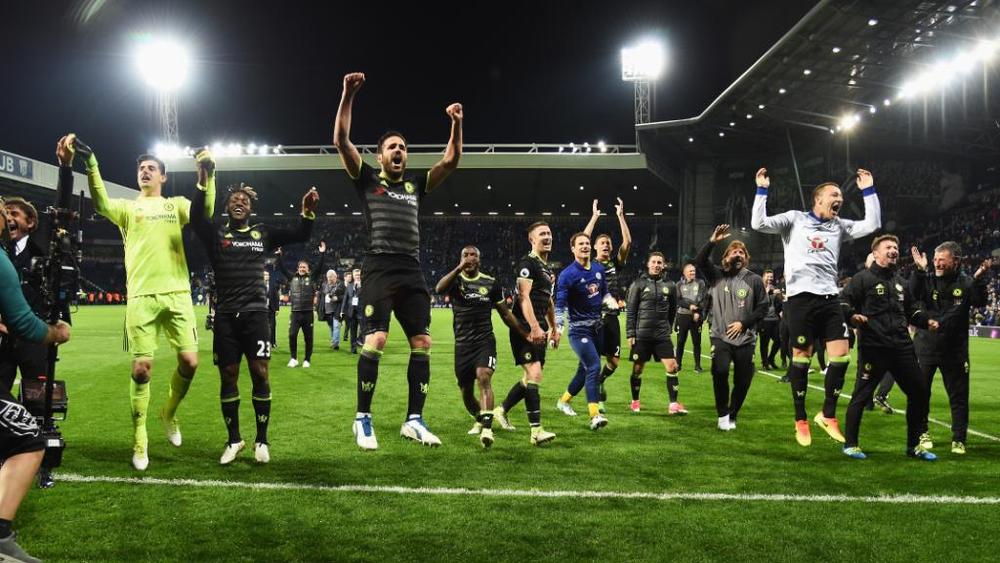 A die-hard fan of Chelsea Football Club of England has named his newly-delivered baby-boy Antonio Moses, in the wake of the club’s league title win on Friday.

Chelsea on Friday night beat West Bromwich Albion 1-0 at the latter’s home-ground, Hawthorns to win the league title with two matches to spare.

The Abakaliki-based fan, Mathew Irondu, a Construction Engineer, told NAN on Saturday that he named the boy, born last Thursday after the club’s Coach Antonio Conte and Nigerian star, Victor Moses as his own way of celebrating the win.

According to him, the duo, among other Chelsea players, were instrumental to the club’s stunning league success as the naming will eternally remind him of the title win.

“This win is most significant for me because it is the first by Chelsea since I switched my support to the club from Arsenal FC.

I had endured years of EPL drought from Arsenal which made me switch to Chelsea and I celebrated it this way because I don’t have money to make merriment.

This is my first child and I fervently pray that his birth, a day before Chelsea’s league win, will bring good tidings to my family, the club and their fans across the globe,” he said.

He attributed the feat to hard work, dedication, commitment, tactical acumen of Coach Antonio Conte and impeccable support of Owner Roman Abramovich and fans across the globe.

“The club was desirous to erase the memory of the preceding season, its worst in recent times where it finished an abysmal 10th position on the league standings.

The recruitment of Conte was the Midas Touch needed to achieve the desired turnaround as he used almost the same players who under-performed in the preceding season to achieve the feat,” he said.

Irondu remarked that the coach displayed his managerial acumen by correcting the team’s deficiencies and subsequently made the players world-beaters.

“He stuck to the players who were involved in the club’s pre-season tours despite the accompanying criticisms and this affected established players such as Nigeria’s Mikel Obi and skipper John Terry.

He also showed his tactical master-stroke by adopting an unusual 3-5-2 formation after the club’s humiliating losses to arch-rivals Liverpool and Arsenal.

This tactical formation awed the entire EPL fraternity as clubs battled to grapple with the speed and agility of his wing-backs while the midfielders mesmerized teams with deft touches and passes to prolific attackers.

The result was that the club’s demolition of other teams knew no home and away boundaries coupled with a-seven and intermittent four-points lead over its closest rival, Tottenham Hotspurs FC.

This resulted in an ultimate triumph with two games to spare, the unearthing of hitherto unheralded talents such as Marcos Alonso, EPL player of the year, Ngolo Kante, among others, including a berth in FA cup final,” he said.

He advised the players not to be swayed by the euphoria of the win but redouble their efforts to win the season’s double with the FA cup and improved performances next season.

“Victor Moses should also replicate his all-season splendid form for the Super Eagles especially in the crucial AFCON 2019 qualifier against South Africa and World Cup qualifiers against Cameroon,” he said.