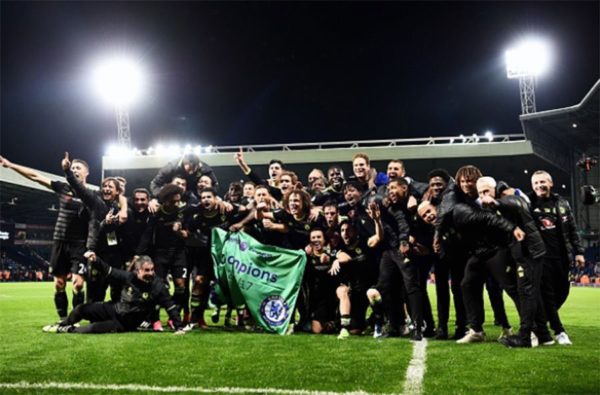 It looked as though Antonio Conte‘s side might be forced to delay their celebrations as they were frustrated for long periods by the resilience and organisation of their hosts.

However, with eight minutes left, substitute Batshuayi’s decisive goal was enough to secure the crown for the second time in three years for the Blues.

The final whistle sparked wild celebrations among Chelsea’s fans and Conte was tossed high into the air by his squad.

The Italian can now set his sights on emulating compatriot Carlo Ancelotti‘s 2010 feat of winning the league and domestic Double as the Blues prepare for an FA Cup final against Arsenal at Wembley on 27 May.