Coronavirus: The Champions League, Canada, Senegal - Here's an Update on the Pandemic

The fast-spreading pandemic, coronavirus (COVID-19) which was first detected in Wuhan, China, is still infecting tens of thousands of people with pneumonia-like symptoms and from across the globe.

Yesterday we learned the NBA had postponed their season, and Trump had placed a travel ban on Europe. 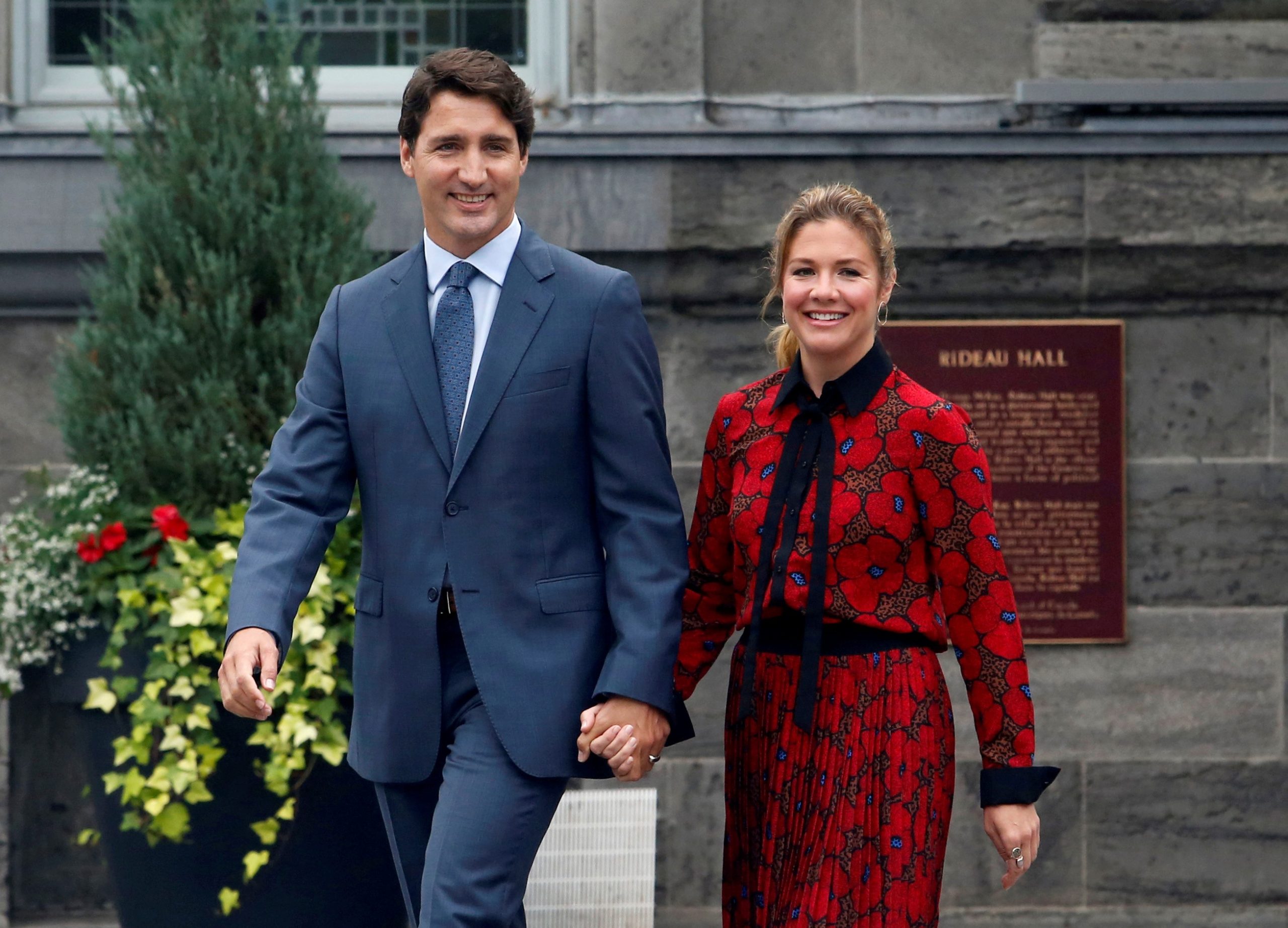 Justin Trudeau has since then isolated himself for 14 days.

A statement released by Cameron Ahmad, the communications director for the Canadian Prime Minister, reads:

Following medical recommendations, Sophie Grégoire Trudeau was tested for COVID-19 today. The test came back positive. Also following medical advice, she will remain in isolation for the time being. She is feeling well, is taking all the recommended precautions, and her symptoms remain mild.

Read the personal statement from Sophie 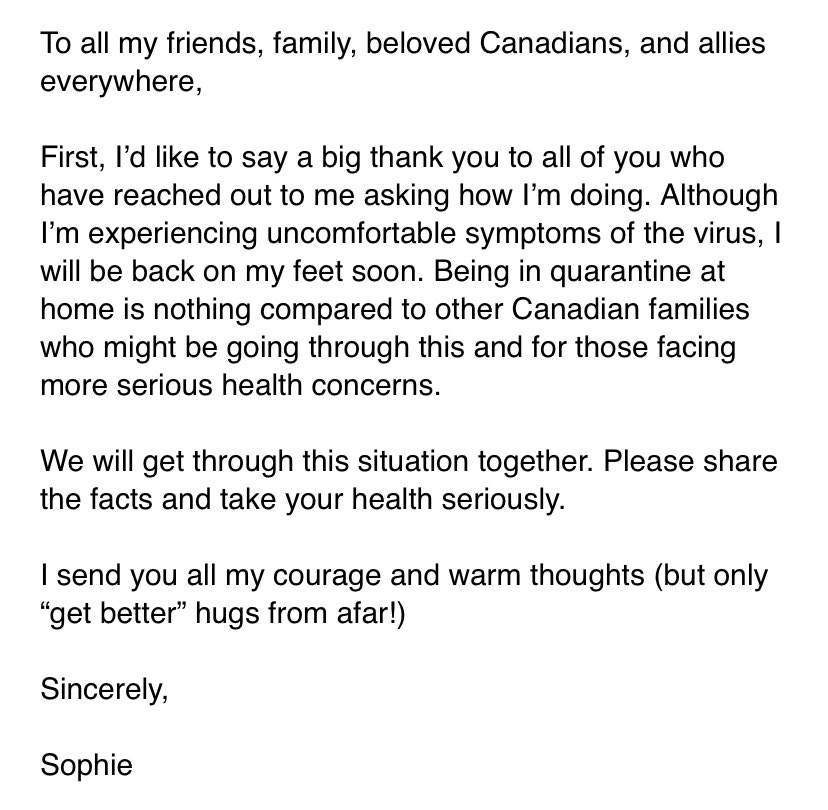 I am feeling fine & I’m not exhibiting any symptoms of the virus, but I will also be following the advice of our doctor and I will continue to self-isolate for now. During that time, as I did today, I’ll continue to work from home and conduct meetings via video & teleconference.

I encourage all Canadians to follow the advice of our medical professionals – you can get the latest at: https://t.co/vqwGEHieAX 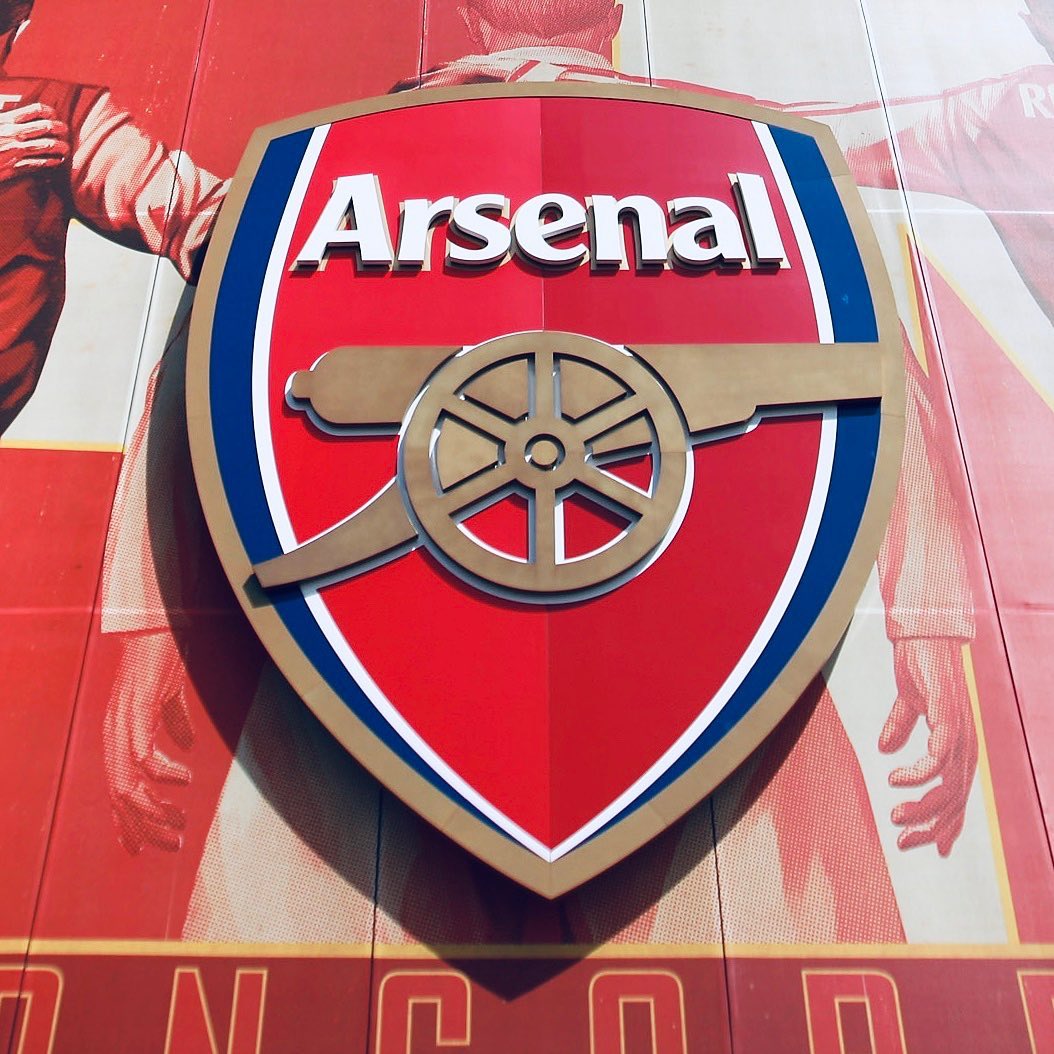 Arsenal Football Club issued a statement on Thursday that its manager, Mikel Arteta, tested positive to coronavirus, adding that they expect a “significant number of people” will self-isolate, including first-team staff and coaches.

Our London Colney training centre has been closed after head coach Mikel Arteta received a positive COVID-19 result this evening.⠀
⠀
Arsenal personnel who had recent close contact with Mikel will now self-isolate in line with Government health guidelines. We expect this to be a significant number of people from Colney, including the full first-team squad and coaching staff, as well as a smaller number of people from our Hale End Academy which we have also temporarily closed as a precaution. ⠀ ⠀
We expect those who did not have close contact with Mikel to return to work in the coming days. In the meantime, our Colney and Hale End training centres will undergo a deep clean and our other club sites are operating as normal. ⠀ ⠀

Managing director Vinai Venkatesham said: “The health of our people and the wider public is our priority and that is where our focus is. Our thoughts are with Mikel who is disappointed but in good spirits. We are in active dialogue with all the relevant people to manage this situation appropriately, and we look forward to getting back to training and playing as soon as medical advice allows.” ⠀ ⠀

Head of football Raul Sanllehi added: “Mikel and the full first-team squad, players and staff, will be fully supported, and we look forward to getting back to training and playing as soon as medical advice allows. Obviously Mikel’s full recovery is the priority now for us all.” ⠀
⠀
We will work with Public Health England on the next steps in regard to our facilities and staff, and with the Premier League, Football Association and relevant clubs around our forthcoming matches in the Premier League and Emirates FA Cup. ⠀
⠀
It is clear we will not be able to play some fixtures on their currently scheduled dates. We will update supporters who have tickets for forthcoming games with more information as soon as possible. We are now working to trace any other people who have had recent close contact with Mikel. We will let them know what has happened and they should follow the NHS guidance which is likely to recommend self-isolation. 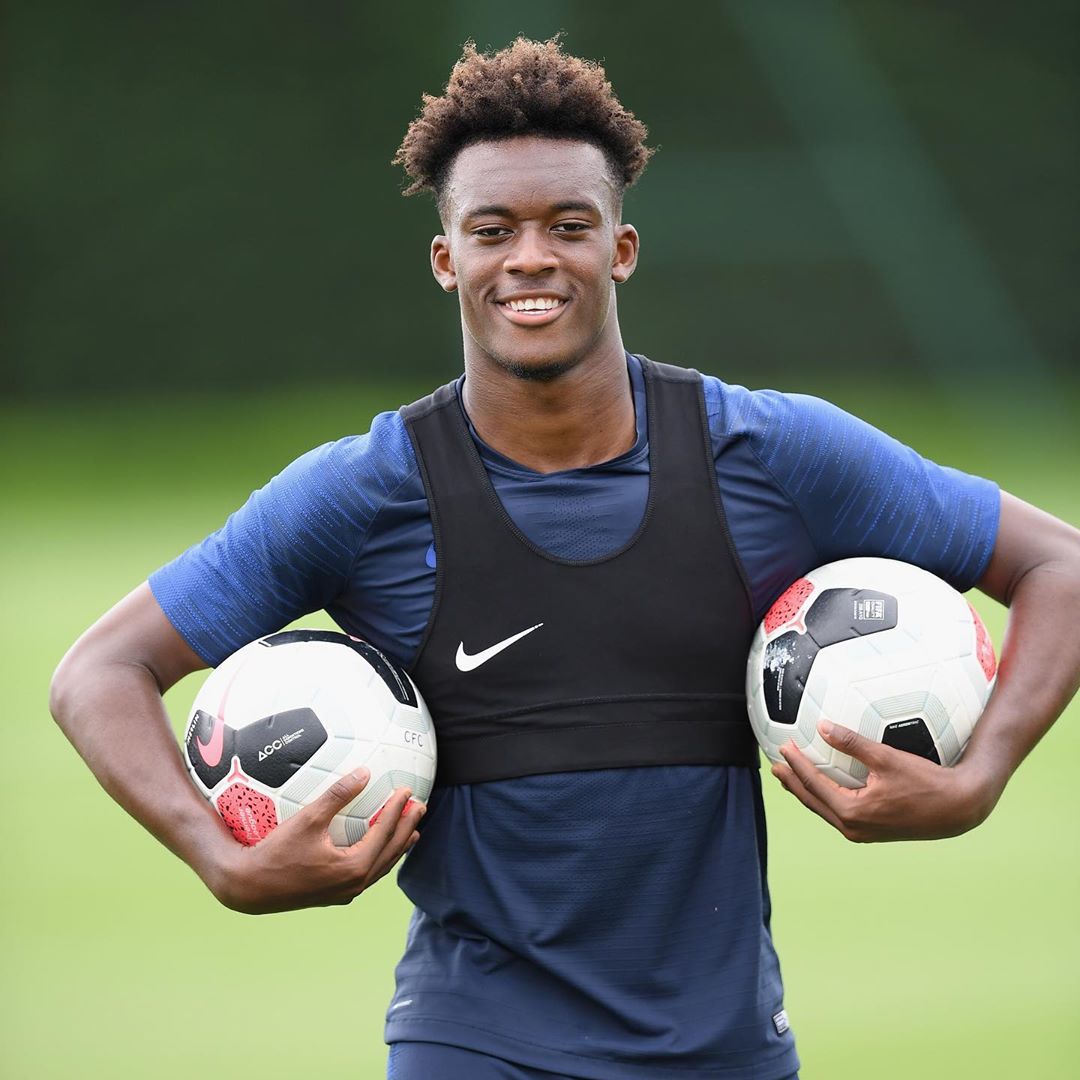 The Chelsea FC  team is undergoing isolation after a player Callum Hudson-Odoi tested positive for coronavirus. The English club issued a statement on Friday, stating that all “Chelsea personnel who had recent close contact with the player in the men’s team building will now self-isolate in line with Government health guidelines”.

Chelsea FC training facility will undergo partial closure after Callum Hudson-Odoi tested positive for COVID-19.
Callum had a positive test result for Coronavirus returned this evening. Chelsea personnel who had recent close contact with the player in the men’s team building will now self-isolate in line with Government health guidelines. These will include initially the full men’s team squad, coaching staff and a number of the backroom staff.

Despite testing positive for the virus, Callum is doing well and looking forward to returning to the training ground as soon as it is possible.

We will continue to adhere to Government and Public Health Guidelines with regard to our facilities and staff and will be discussing next steps with regards to upcoming fixtures with the Premier League on Friday morning. We will provide further updates as necessary via the club’s website.

We wish Callum a speedy recovery and look forward to welcoming him back to the club soon.

Thank you for all your good wishes, as I said in the video I’m feeling good and hope to see you all soon!!??❤️

Just a few weeks after Senegal, Egypt, and Nigeria confirmed cases of the fast-spreading pandemic, now Kenya and Ghana have recorded their first coronavirus cases.

So far, 10 countries have recorded positive cases in sub-Saharan Africa.

A statement signed by Ghana’s health minister, Kwaku Agyemang-Mensah, said the two cases were people who had returned recently from Norway and Turkey. 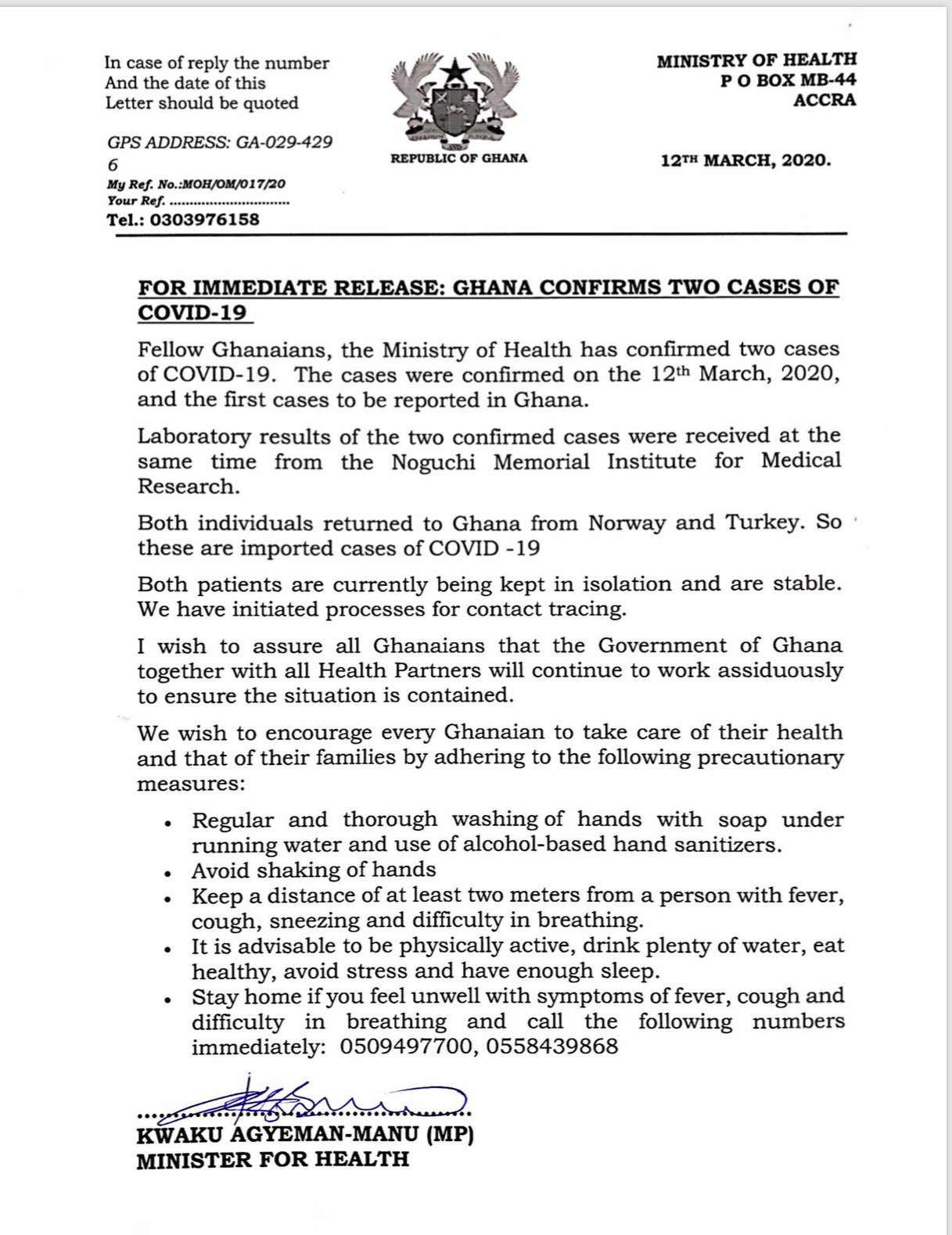 While in Kenya, the Health Cabinet Secretary, Mutahi Kagwe said the virus was confirmed on a female student who travelled in from the United States via London, United Kingdom.

Watch him make the statement below:

BREAKING: Mutahi Kagwe: Ministry of health has confirmed the first coronavirus case in Kenya. The Kenyan citizen returning from the US to Nairobi via London on 5th March. She was confirmed positive by the national influenza lab. However, the patient is stable pic.twitter.com/zvcIqywu4U 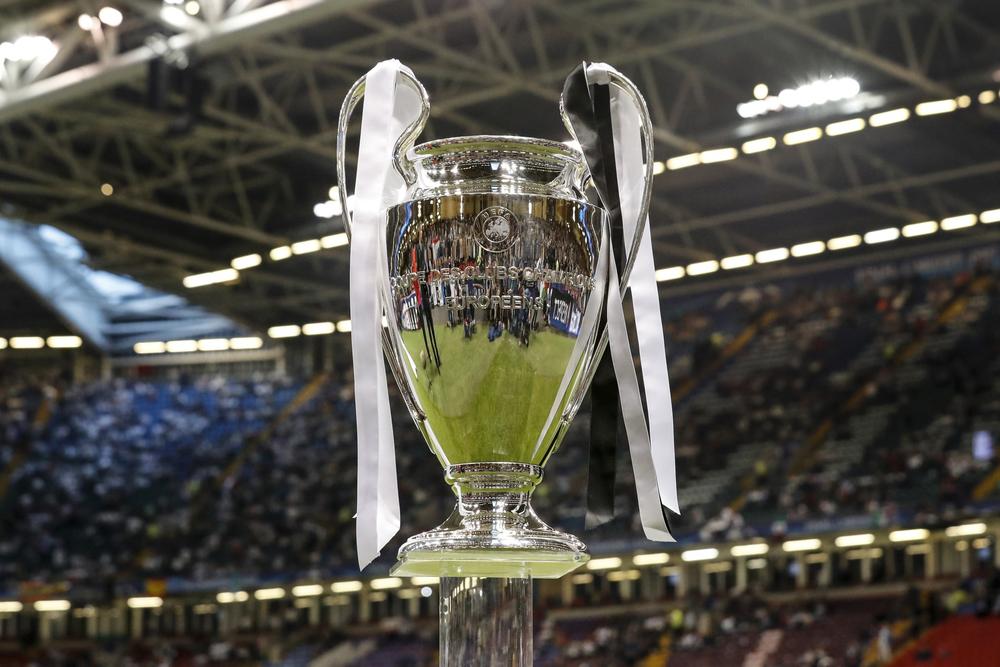 The eagerly followed annual club football competition in Milan might not take place due to the coronavirus spreading across Italy, although an emergency meeting has been scheduled for Tuesday.

European football’s governing body will hold a meeting via video conference, which will see the 55 member associations discuss the issue and how it might affect Euro 2020, which is scheduled to begin on June 12, Sky Sports reports. 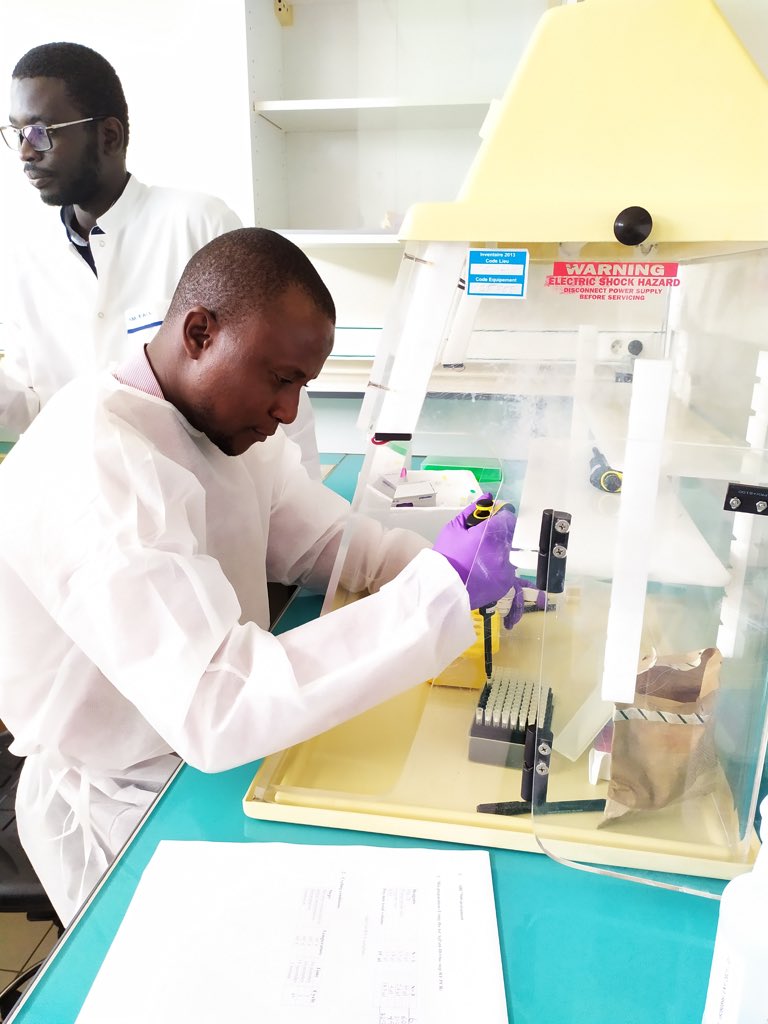 Some scientists from Senegals are working with a UK-based laboratory Mologic to develop a diagnostic test for coronavirus that can produce test results within 10 minutes. This will be the first diagnostic kit developed in the UK to be jointly-manufactured in Africa, according to Mologic in a statement announcing the UK-funded initiative.

As seen with the COVID-19 outbreak, viruses can quickly transmit between populations, however, our knowledge to tackle this threat has also grown exponentially. For rapid epidemic preparedness and response, we need to develop a platform that is readily modified according to a novel pathogen, as we are demonstrating through our accelerated programmes for Ebola and COVID-19.

The COVID-19 outbreak is at a critical juncture, and to bring it to an end, we need next-generation diagnostics for use at the point-of-need – at home or in the community, in limited and well-resourced settings. Rapid detection of the virus is important to stop its spread – we are pleased that the UK government has acknowledged this, supporting Mologic and the work of our partners to prevent further outbreaks internationally.

As the virus continues to spread, let’s remember to stay calm, stay clean and safe.

Coronavirus: The Second Patient in Nigeria has Tested Negative