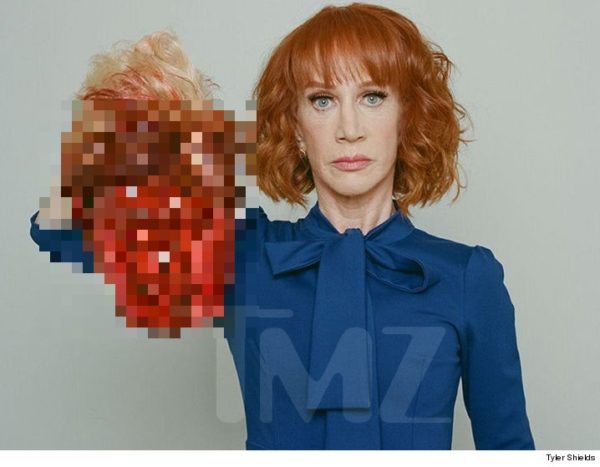 It has been a long 24 hours for comedian and TV host Kathy Griffin after she tweeted a graphic photo shoot of herself holding up a bloody head mask of President Donald Trump.

Kathy got backlash for the shoot and was condemned by several people online including Chelsea Clinton, Melania Trump and President Trump himself.

In a B.T.S clip from TMZ, Kathy Griffin said about the shot “I won’t give away what we’re doing, but Tyler and I are not afraid to do images that make noise. Also, he often lights me to the point where I look about 15. First I’m an artist, but really it’s good lighting.” 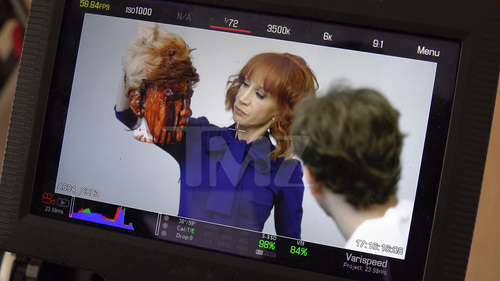 She has since apologized for the offensive tweet and shoot but still, CNN has dropped her as the official host for their annual New Year’s Eve show.

CNN has terminated our agreement with Kathy Griffin to appear on our New Year’s Eve program.

Camila Cabello is the New Face of Guess!