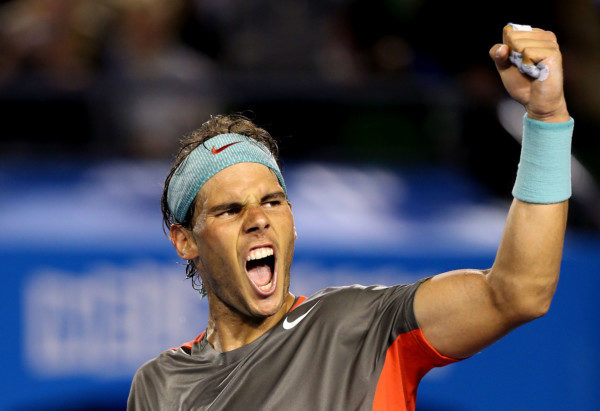 Rafael Nadal will aim to keep his unbeaten start to the clay season going when he meets Novak Djokovic for a 50th time in the Madrid Masters semi-finals on Saturday.

Nadal is now 13-0 on clay this year as he swept aside Belgian ninth seed David Goffin 7-6 (7/3), 6-2 under the roof on the Manolo Santana centre court.

According to BBC Sport, Djokovic advanced to the next stage automatically after Kei Nishikori withdrew with a wrist injury.

The Serb has a marginal 26-23 head-to-head record against Nadal and the two haven’t met for nearly a year during which time Djokovic’s form has dramatically dropped.

It’s going to be a very tough match against one of the best players in the history of the sport. I’ve been playing at a high level for many weeks, but I know tomorrow is a day when either I’ll have to play really well or I’m not going to have many chances.” insisted Nadal.

Nadal eased past Goffin 6-3, 6-1 in their only previous meeting on his way to winning the Monte Carlo Masters last month before also lifting a 10th Barcelona Open.

On the other side of the draw Uruguayan Pablo Cuevas advanced to his first ever Masters series semi-final by outlasting German wonder kid Alexander Zverev 3-6, 6-0, 6-4.

The Uruguayan will face Dominic Thiem or Andy Murray’s conqueror Borna Coric in the semi-finals.