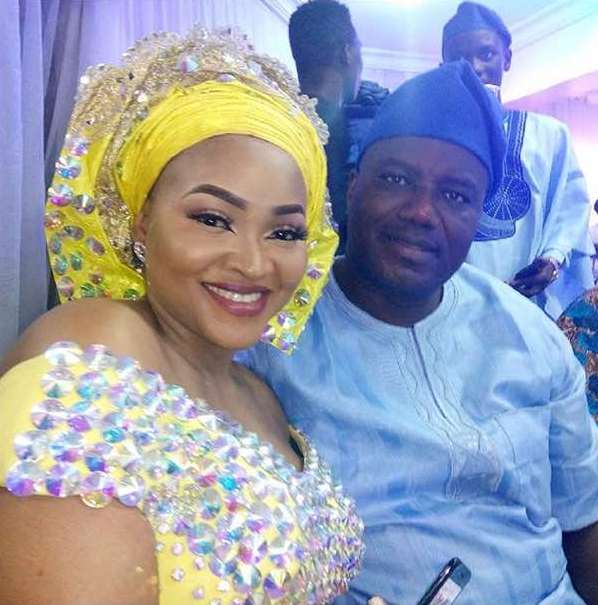 Nollywood actress, Mercy Aigbe has reportedly filed restraining order against her estranged husband, Lanre Gentry who is accused of domestic violence. The order was signed by an Ikeja magistrate court restraining Lanre Gentry from coming anywhere withing one mile of she and her two kids.The application read:

Adeola Falade,  a Social Worker from the LAGOS STATE DOMESTIC AND SEXUAL VIOLENCE RESPONSE TEAM  says the applicant came to their Unit on Tuesday the 25th of April, 2017 to report a case of domestic violence and threat to life perpetrated by her husband – Mr Olanrewaju Gentry on her

She alleged that the respondent herein, Mr Olanrewaju Gentry came to her tailor’s place to attack and beat her mercilessly, and that all the facts were contained in the affidavit attached to their application.

She submitted also that they have photographs to tender to the court, all 5 in number

After reviewing all the evidence, the court ruled:

Having seen the photographic evidence of the domestic violence and the scan reports from a medical center attended by the Applicant, the respondent herein Mr Olanrewaju Gentry is hereby restrained from committing any further acts of domestic violence against the applicant with immediate effect. He is also restrained from going anywhere within a one-mile radius of the Applicant and the two children in the custody of the applicant.

See a photo of the restraining order below: 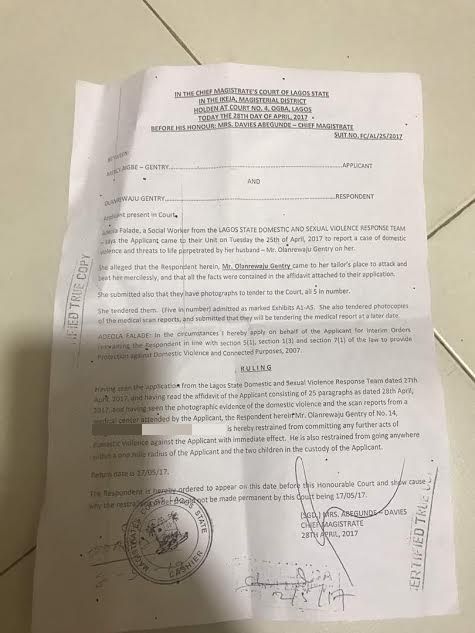 WATCH: We were Forced to Make Apology Video to Otedola and Others – Jyoti and Kiran Matharoo