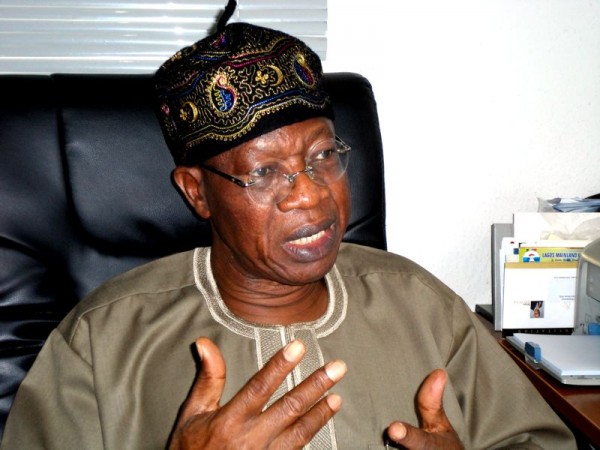 Minister of Information and Culture Lai Mohammed said that President Muhammadu Buhari was absent at Wednesday’s Federal Executive Council (FEC) meeting due to advice from his doctors.

Mohammed stated this while briefing State House correspondents after the FEC meeting, which was presided over by Vice President Yemi Osinbajo, in the Presidential Villa, Abuja.

He explained that the President, who was in office on Tuesday, was asked to rest by his doctors.

He thanked Nigerians for their concern and prayers for the quick recovery of the president.

“I know you will want to know why the President was not at the meeting.

You are also aware that the President was at his office yesterday (Tuesady) and worked at the office.

I think about a few days before now we did come out to say he has been asked to take some rest by his doctors and he chosed today to rest instead of attending the Federal Executive Council (FEC) meeting.

I want to use this opportunity to thank Nigerians who have expressed a lot of concern and sympathy and those who have been praying for him.

We always said Mr President will stick to his doctors’ advice so that he can recover much more quickly,’’ he said.

Mohammed dismissed as wicked and ungodly the insinuation that the Presient’s health had deteriorated to the extent that he was being assisted before taking his meals.

He was in the office yesterday as you all reported. And if the doctor says ‘oh, you take a rest,’ I think you recover faster when you rest and when you ought to rest rather that forcing yourself to work when you are not fit to work.

All he is doing is that he is following the doctors’ advice.

So, whatever is happening today is not any new development. Is actually what he said that he has been advised to take it easy by his doctors and that he would soon also go back for further medical attention in the UK.,’’ he added.

According to the minister, President Buhari deserves commendation from all well-meaning individuals and groups for being transparent and upfront in the matter concerning his health.

EFCC to Ike Ekweremadu: “Sleep easy if you’re not involved in looting”

Dr Sid, Iyanya, Kcee & More Party at The Grill at the Pent’s K.O Themed Party | See All the Photos On BN