12-year old Marylove Edwards makes History by ranking No.4 in the in the latest women singles tennis ranking just released by the Nigerian Tennis Federation (NTF). 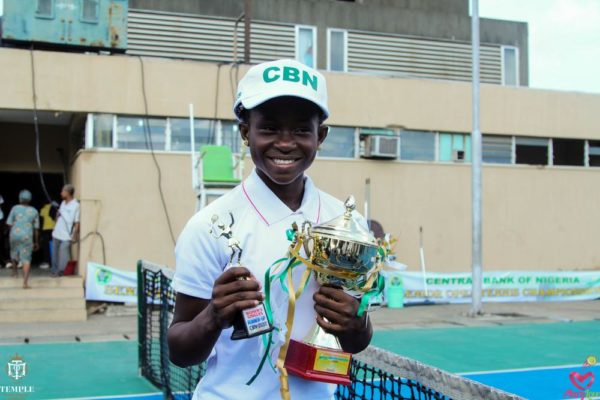 The young tennis sensation was ranked No.4 following her outstanding performance at the just concluded Central Bank of Nigeria (CBN) Senior Championship in Lagos where she finished as first runner-up.

She started her tennis career at the tender age of 4. Coached by her father, she has become the youth star of Nigerian tennis.

According to the ratings dated June 5th, she scored 70 points to trail behind No.1 Agugbom Christy, No. 2 Sarah Adegoke and No.3 Blessing Samuel.

Marylove has been on a steady rise since being managed by top talent agency, Temple Management Company (TMC). With backing of sponsors, she recently underwent a one-week training at the world-famous IMG Academy in Brandton, Florida where she excelled among other campers from around the world. 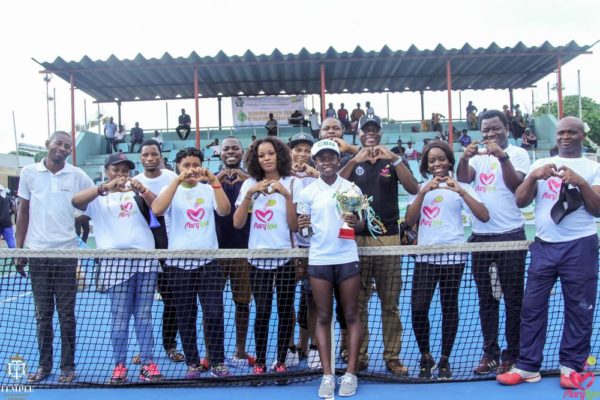 Marylove on her achievement stated: “This is a giant leap for me and I hope to use this as motivation to get to the top. The goal is to become the best. I am grateful to have a wonderful team behind me.”

Koye Sowemimo, Head Of Sports, TMC said that Mary Love is a global champion and brand. He added that the 12-year-old is in top preparation for an African championship holding in the next few weeks in Tunisia.