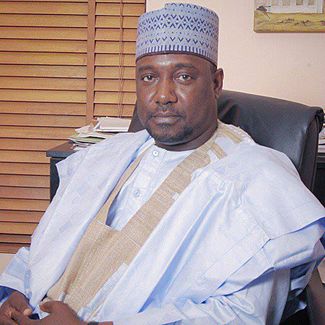 Niger State Governor Abubakar Bello has refused to acknowledge campaigners placing his posters across the state and urging him to re-contest the 2019 elections according to Daily Post.

This was revealed in a statement to newsmen on Wednesday in Minna by the Commissioner for Information, Culture and Tourism, Jonathan Vasta.

The governor and the entire government of Niger state are dissociating themselves from such outright contraventions that are not in the character of the administration in the state.

The governor believes in the rule of law and will not support placing of posters in form of campaign when INEC the body constitutionally empowered to give such go ahead has not done so’’, he said.

Vatsa added that Bello is occupied with delievering the promises he made during his campaign and would not encourage such distraction.

The government has well-articulated restoration agenda on education through the whole school approach; infrastructural development by providing good roads and healthcare delivery.

Others include agricultural development, youth and women empowerment and many other sectors. The people can see the revolutions in these sectors and this is not the time for Mr governor to be distracted by such politicking and we dissociate ourselves from it,’’ he said.

He urged the people to disregard such posters that had no bearing with the governor’s effort to deliver on his mandate to them.