Aisha Tyler is Leaving 'The Talk' after 6 Years as Host

Aisha Tyler has announced she’s leaving The Talk as one of the show’s longtime hosts.

The 46-year-old talk show host became emotional explaining her busy schedule, and revealed, “I just realized I had to let something go.”

And after making the news official during the live show, she posted a photo with her co-hosts, captioned, “Love. Always.”

The Talk’s official Twitter account posted a goodbye message to her, which read, “Don’t cry because it’s over, smile because it happened. Lots of happy tears as we wish @aishatyler the best possible future!” 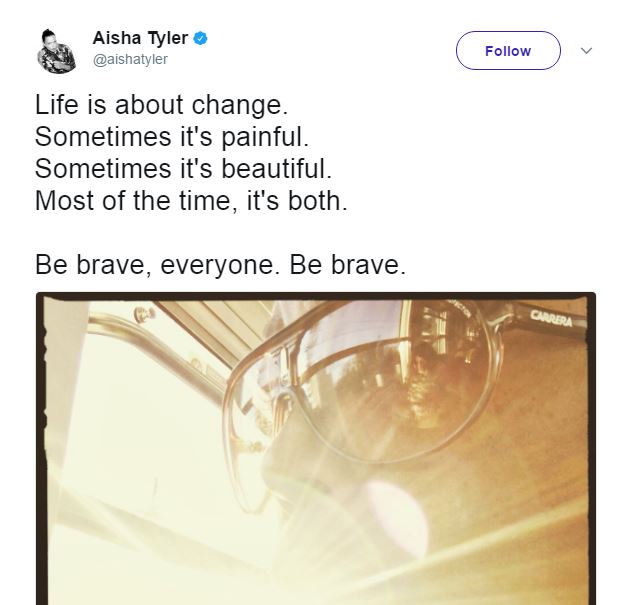 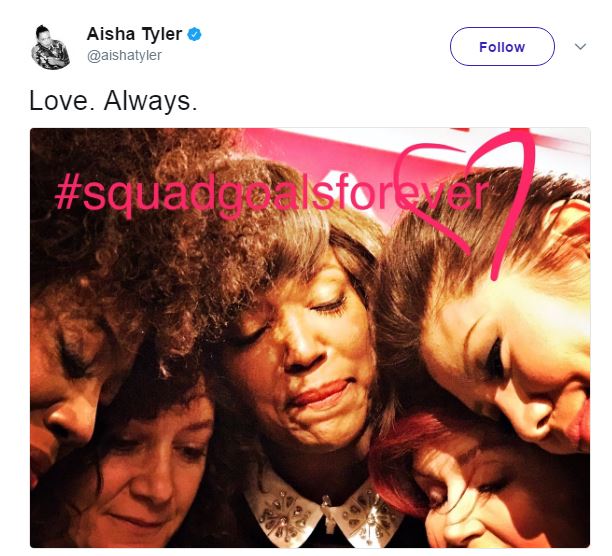 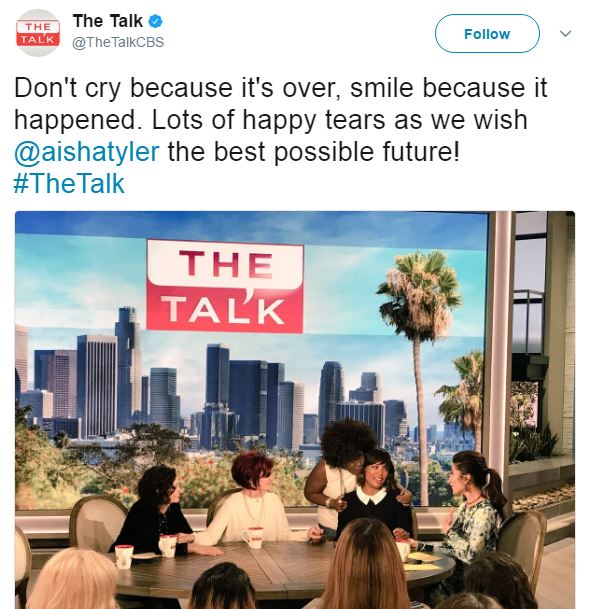