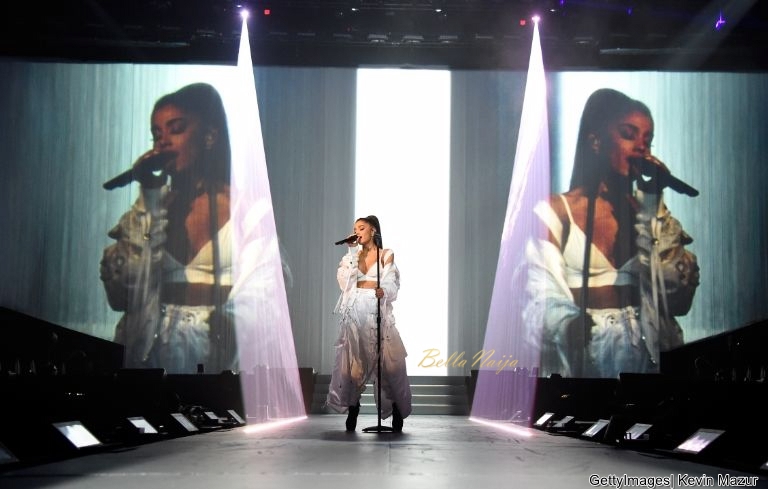 Ariana Grande will be uniting with some of her famous and closest friends in the music industry for a benefit concert in Manchester called “One Love Manchester” which will take place on Sunday, June 4, at the Emirates Old Trafford Center Cricket Ground.

Justin Bieber, Coldplay, Katy Perry, Miley Cyrus, Pharrell Williams, Usher, Niall Horan, and Take That are some of the artists that would be performing, come Sunday in honour of the victims of the Manchester attack, according to the BBC.

All net ticket proceeds from the concert, which will be broadcasted on BBC Television, BBC Radio, and Capital Radio Networks, will go to the “We Love Manchester Emergency Fund” set up by Manchester City Council and the British Red Cross, according to the official announcement. Those who attended Ariana’s concert at Manchester Arena on May 22, will have the opportunity to attend for free by registration online. While the general public will purchase tickets.

Ariana first announced her plans to return to Manchester in an emotional post on social media.

She later gave an update 2 days ago.