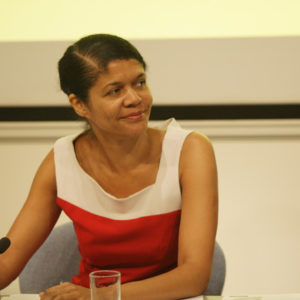 “I want to thank everyone who voted for me, for the trust and confidence they have placed in me,” Onwurah, who has been a Member of Parliament since 2010 said.

Onwurah, whose father is Nigerian, was born in Newscastle on the 12th of April, 1965.

Her parents had returned to Awka, Nigeria, when she was still a baby, but her mother moved back to Newcastle with her when she was two because of the Biafra war.

Her father stayed back to join the Biafran Army.

“It is an incredible honour and privilege,” Chi Onwurah said concerning her election.

“I also want to thank everyone who voted – whoever they voted for – because voting and democracy are so important.”

Amazing! Pupils Unhurt after their Bus Somersaulted In Imo