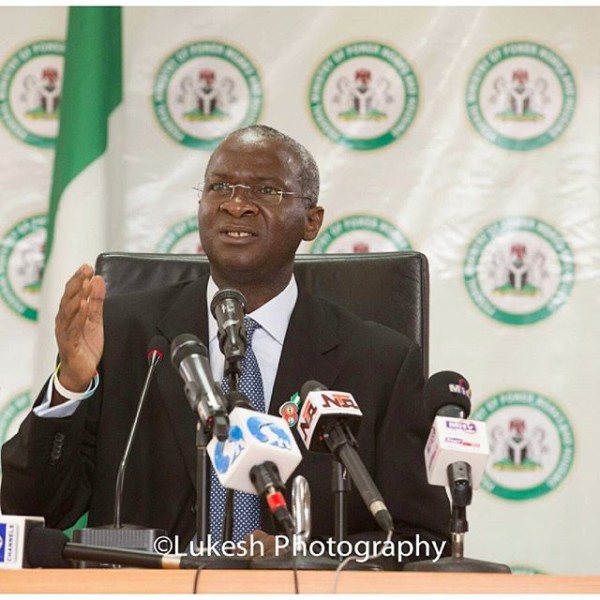 The Minister of Power, Works and Housing, Babatunde Fashola, has called on the Federal Government to extend its whistleblowing policy to the power sector to curb energy theft.

Fashola made the appeal in Enugu at the 16th Power sector monthly meeting, sponsored by the Niger Delta Power Holding Company.

He said that available statistics revealed huge energy theft by Nigerians, adding that the problem had become a big challenge for not just the power distribution companies, but consumers as well.

According to him, if nothing is done, those who pay for energy consumption will continue to bear the overall cost.

“The statistics cannot be correct and it is therefore necessary to extend whistleblowing to the power sector in order to expose those stealing our energy,” he said.

Fashola said that when all households who used energy are not captured, the ones captured are bound to pay more tariffs.

He called on Nigerians to be vigilant and report those who steal energy in their neighbourhood to law enforcement agencies.

He said that government is not pleased with most power distribution companies, whom he said, were far from attaining the mandate given to them since the privatisation of the sector.

The minister directed the distribution companies to call their staff to order, saying “they are giving their customers hard times through indiscriminate disconnections.”

He said that efforts to improve power supply across the country were on course, adding that more megawatts of electricity would be added to the national grid before the end of the year.

#Project1SlippersPerSlumchild: Donate a Pair of Slippers & Save a Child from Life Threatening Diseases