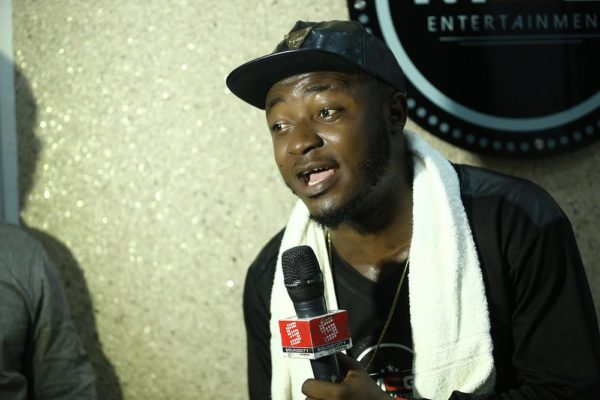 Singer Mc Galaxy in an interview with PUNCH’s Saturday Beats talked about his relationship with Laura Ikeji, his music and the type of woman he will like to marry.

He said as against general belief, he never dated the fashion entrepreneur. He mentioned that Laura has always been in a relationship since the start of their friendship.

He said Laura is one of the best friends he ever had and his brand is as big as it is today because he listens to Laura’s advise.

He also mentioned that Ogbonna Kanu, who is Laura’s husband loves him a lot and is one of the people who attended his listening party, traveling all the way from London.

“Laura had always had a boyfriend for a very long time and I knew, but other people did not know about it. Probably if she did not have anyone in her life, I would have asked her out because we really connected and we were best of friends. She is someone I talk to every time and now that she is married, it has not affected our relationship in any way. Her husband loves me a lot and he attended my album listening party. He came all the way from London to attend my listening party.

There was nothing between Laura Ikeji and I. She is not just my best friend, but I refer to her as my sister because she knows about everything that I want to do. If I listen to her advice, everything works out fine and I consult her before I sign some artistes. If she tells me not to do so, I listen to her because she is very intelligent. If she talks to you and you listen, you would make it. The reason my brand is big today is because of Laura. I was not used to granting interviews, but she advised me that I need it. I am just lucky and blessed. As a smart guy, if you have such a person as a friend, you have to keep them as friends because the moment you mess it up, things might go sour.

I am currently single, and I don’t know when I would get married. God can decide and say I will get married tomorrow, who knows? Marriage is not something you rush, just be sure of the person you want to spend the rest of your life with. My mother tries to pressure me into marriage, but I know how I calm her down. I would want my wife to be God-fearing and good looking because I have worked hard to the stage that I deserve a good looking woman,” he said.

He stated that the Ponzi scheme, MMM was the inspiration behind his latest album, Money Making Machine (MMM), and the purpose of the album is to pass a message to everyone that hard work, patience and prayer are the keys to success.

“The message I am trying to pass with my new album, ‘Money Making Machine,’ is that everyone should work hard and be patient. Prayer is the key and with all these, success is guaranteed. You also have to work smart. I have both inspirational and dance songs in the album. I also have love songs, it is a complete album. I intentionally explored all kinds of music for my fans; I owed them something extraordinary. I actually got the inspiration for the title of the album from the Ponzi scheme, MMM, which I was a victim. I know that with the album, I would recoup the money I lost,” he said.

“People talk about mad people a lot in jokes, but I decided to act it out” – Akpororo

“OBO Got You for Life!”: Davido is Building a New House for his Young Fan | Photos