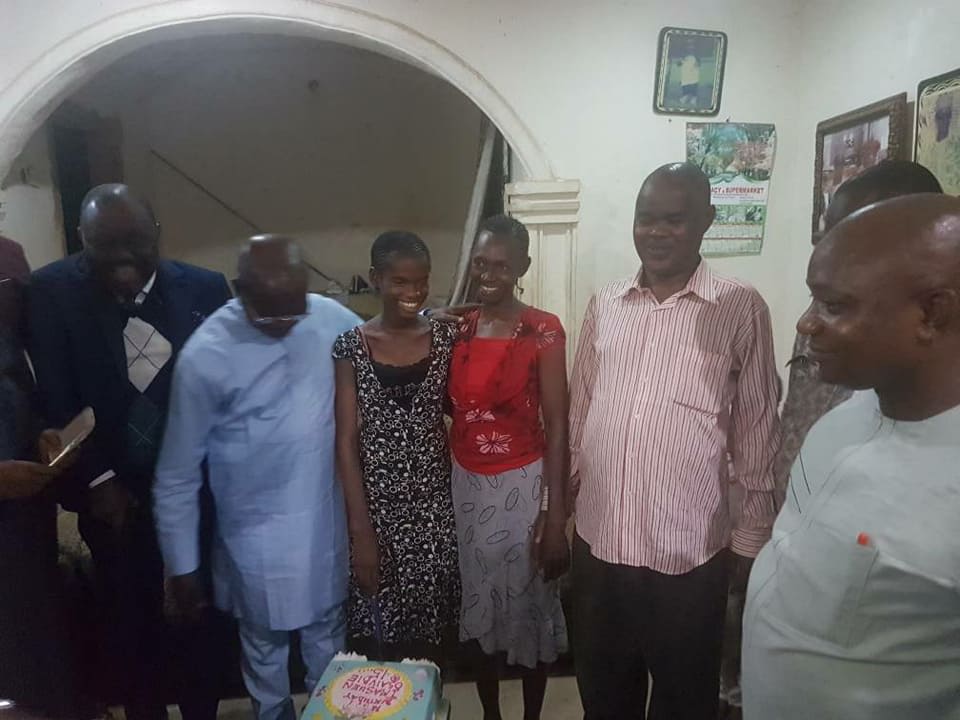 It was Joyce Imasuen Osaivbie‘s fifteenth birthday on Wednesday and former governor of Edo State Adams Oshiomhole decided to throw her a birthday party.

Joyce had met the former governor and his wife, Iara a while ago, and the couple had taken over the Joyce’s welfare, as her parents are also visually impaired.

Oshiomhole had paid Joyce who is a student of Queens College, Lagos a surprise visit on the 7th of June, along with an entourage that included the speaker, deputy speaker, and 18 other members of the Edo State House of Assembly.

Victor Oshioke posted the videos and photos on Facebook

#BNOutOfAfricaTour – Yay! We Have a Winner to Explore & Enjoy the Beautiful City of Abeokuta