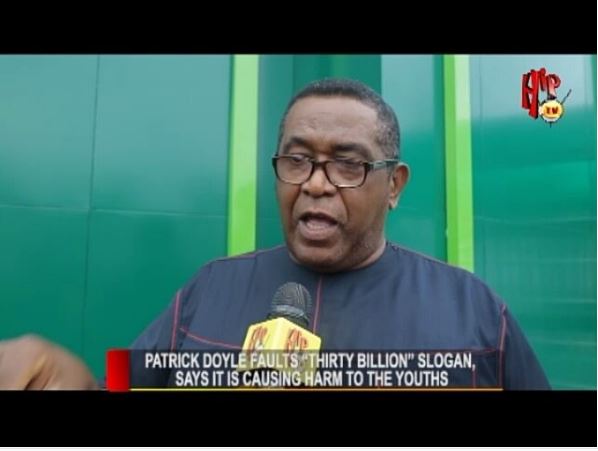 Veteran actor Patrick Doyle in an interview with Hip TV while explaining the impact of entertainment and pop culture in the people, said the ’30 billion for the account’ slogan is not a good message to pass to the young people.

He explained that singers who are conscious of the message they pass with their music are needed; and that the ‘singer’ (Davido) although not aware might have caused an insatiable want in the minds of the youths which might lead them to engage in desperate measures to have such money.