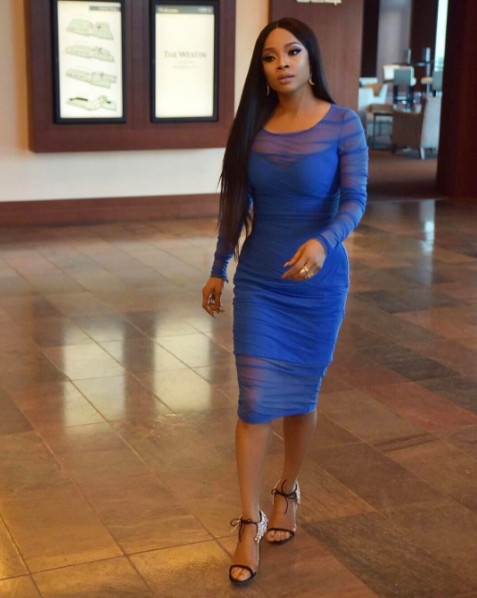 Media personality Toke Makinwa helped a Twitter user with funds for school materials after he reached out to her.

The user @godsown99 had tweeted at Toke, asking to be supported with some money for school materials. Toke replied asking him to send his bank details.

He also confirmed that he has received even more than the N10,000 he asked for. 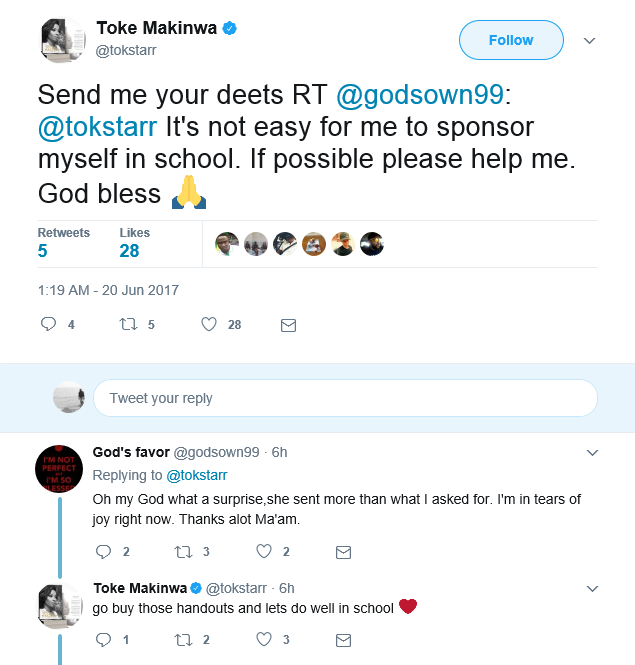