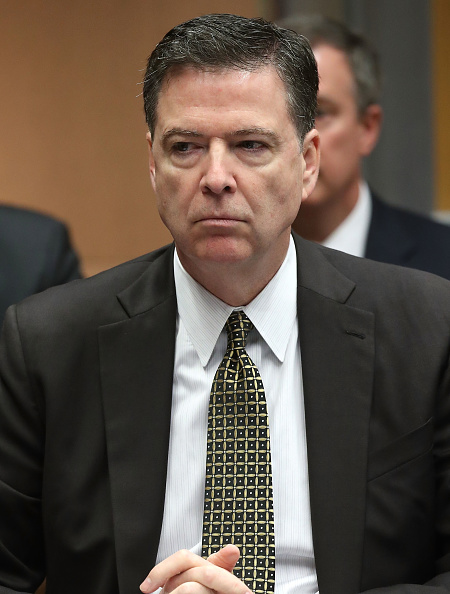 Former FBI Director, James Comey on Thursday accused President Donald Trump of firing him to try to undermine the bureau’s investigation into possible collusion between his 2016 presidential campaign team and Russia.

Comey told U.S. lawmakers at a hearing before a Senate panel he was confused by “the shifting explanations” given by the Trump administration for his firing on May 9.

“Although the law required no reason at all to fire the FBI director, the administration then chose to defame me and more importantly the FBI by saying that the organization was in disarray, that the workforce had lost confidence in its leader. Those were lies, plain and simple, and I am so sorry that the FBI workforce had to hear them and that the American people were told that,” Comey said.

Trump dismissed Comey on May 9 and the administration gave differing reasons for the action.

Trump later contradicted his own staff and acknowledged on May 11 that he fired Comey because of the Russia probe.

Asked at a U.S. congressional hearing why he was fired, Comey said he did not know for sure. But he added.

“Again, I take the president’s words. I know I was fired because of something about the way I was conducting the Russia investigation was in some way putting pressure on him, in some way irritating him, and he decided to fire me because of that.”

Comey told the Senate Intelligence Committee that he believed Trump had directed him to drop an FBI probe into the Republican president’s former national security adviser as part of the Russia investigation.

But Comey would not say whether he thought the president sought to obstruct justice.

Comey said the administration had told lies and defamed him and the FBI after the president dismissed him.

In a written testimony released a day before the hearing, Comey said Trump had asked him to drop an FBI investigation of former national security adviser Michael Flynn as part of the probe.

Comey said Trump told him at a meeting in the White House in February, “I hope you can see your way clear to letting this go, to letting Flynn go.”

Some legal experts said Comey’s testimony could strengthen any impeachment case in Congress to remove Trump from office built on an allegation of obstruction of justice.

“I don’t think it’s for me to say whether the conversation I had with the president was an effort to obstruct. I took it as a very disturbing thing, very concerning. But that’s a conclusion I’m sure the special counsel will work towards to try and understand what the intention was there and whether that’s an offense,” Comey said.

The Republican president said Comey had lost the faith of his workforce, but later suggested that his dismissal was related to the Russia investigation.

The hearing could have significant repercussions for Trump’s presidency as special counsel Robert Mueller and several congressional committees investigate alleged Russian efforts to influence the 2016 presidential election and whether Trump’s campaign colluded with this.

Russia has denied such interference and the White House has denied any collusion.

The issue has dogged Trump’s first months in office, with critics saying that any efforts by him to hinder the FBI probe could amount to obstruction of justice.

Related Topics:Donald TrumpFedral Bureau of Investigation (FBI)James Comey
Up Next