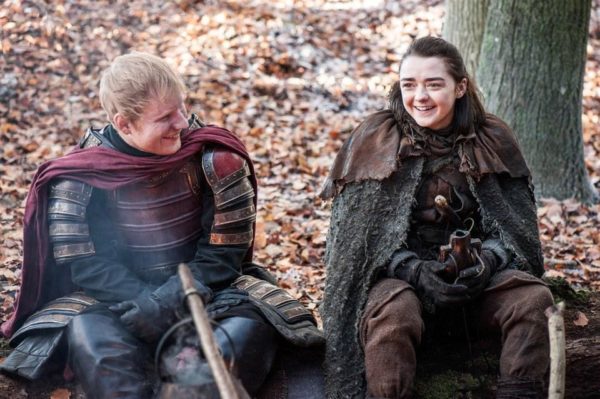 Game of Thrones is finally back on our screens with its seventh season, and it gave us, this time, a wonderful surprise.

2-time Grammy award winner Ed Sheeran made an appearance on the first episode of the show!

Not to give too many spoilers, but the pop star made a brief cameo on the show for about a minute, serenading fans with his lovely voice.

Ed Sheeran was singing among a group of men when Arya Stark rode past on her horse. The men later invited her to have a meal with them.

Of course, more happened, but to reveal that would be to give major spoilers.