O.J. Simpson gets Parole after 9 years in Jail 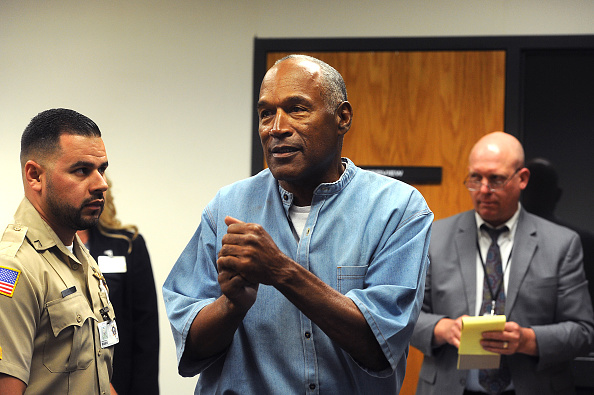 Former NFL Player O J Simpson, who was convicted of armed robbery and kidnapping, and had spent 9 years in prison has been granted parole.

According to CNN, Simpson told a Nevada parole board that he was a model prisoner, promising that he’d have no conflicts if released.

The Guardian reports that he said he took an “alternative to violence” course in prison, calling it “the most important course anybody in this prison can take because it teaches you how to deal with conflict through conversation. I had some problems with fidelity in my life, but I’ve always been a guy that pretty much got along with everybody,” he said.

Simpson speaking on the events of that night

Simpson was arrested when he led a group of men into a hotel and casino to steal sports memorabilia at gunpoint. He contended that the items were his.

“As a perfect storm we all ended up in Las Vegas, you know? I was there for a wedding and [was told that] the property was there. I said, ‘Of course I would like to get the property.’

He told me the names of what he thought were the people in the room, and I realized these are friends of mine. You know? Actually guys who helped me move, helped me move and store some of this stuff. When I came into the [hotel] room I noticed spread out everywhere was my personal property.

The only thing I saw that was on display that wasn’t mine was some baseballs, and I made it clear to everybody those are not mine. All I want is my property…. I wasn’t there to steal from anybody. I would never, ever pull a weapon.

I haven’t made any excuses in the nine years I’ve been here and not trying to make an excuses now,” he said.

On whether he believed the properties were his, he said: “It’s been ruled legally by the state of California that it was my property and they’ve given it to me.”

Simpson could be released as early as October 1.