Senate President Bukola Saraki is the number one trending topic on Twitter NG at the moment.

He is trending for two (similar) reasons:

Senators on Tuesday had tried to declare him as president of the nation.

Senator Eyinanya Abaribe (Abia South), raised a motion that since President Muhammadu Buhari is on medical leave, and the vice (acting) president Yemi Osinbajo is in Addis Ababa for the African Union (AU) summit, the country has no leader and as such Saraki should be declared president.

Saraki however interfered and ruled Marafa “out of order”.

The senators had earlier turned down Osinbajo’s letter seeking the confirmation of Lanre Gbajabiamila, as the Director General of National Lottery Regulatory Commission.

It said that since Osinbajo had earlier reportedly said the Senate had no power to confirm nominees, it is subjecting the letter to deliberations. 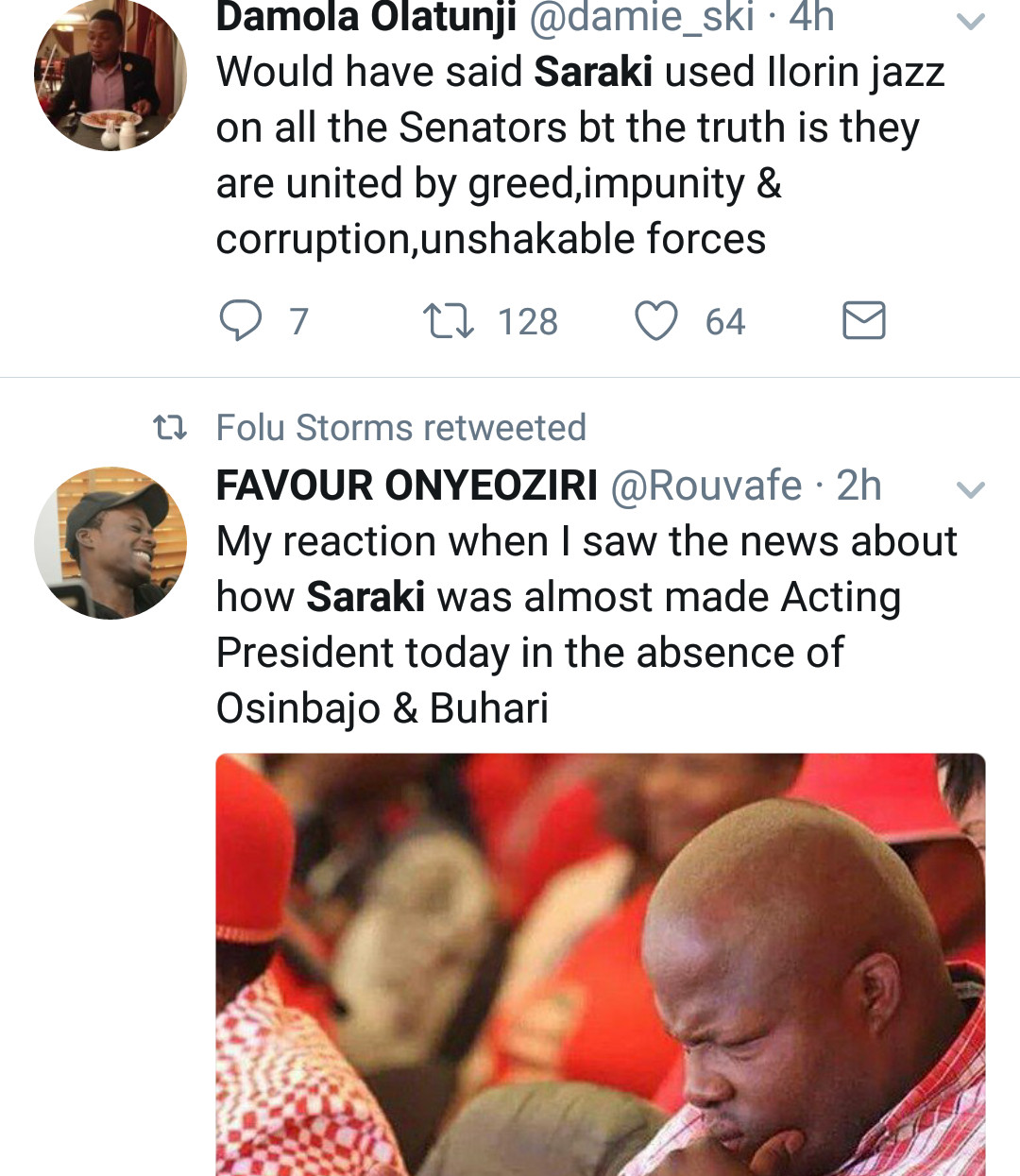 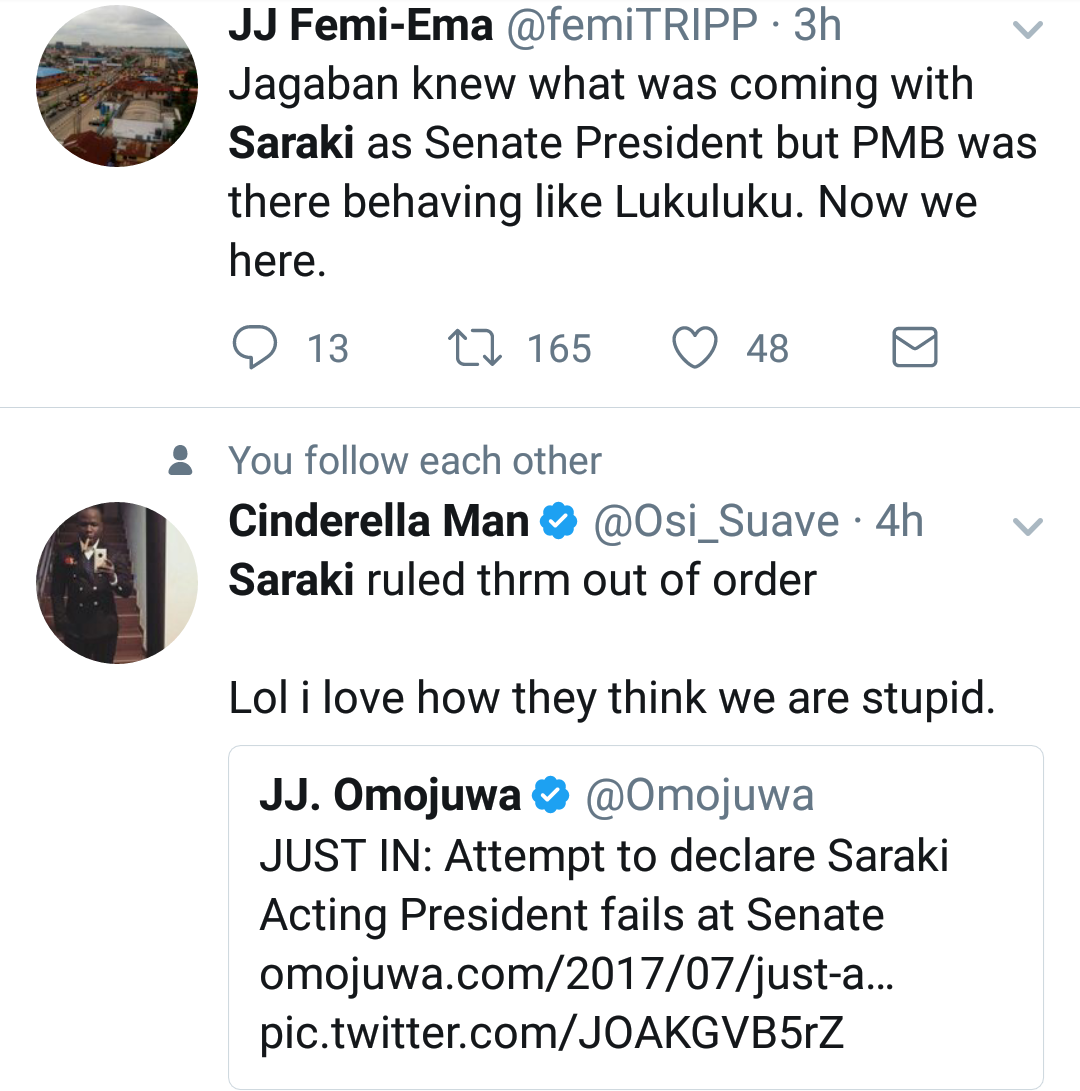 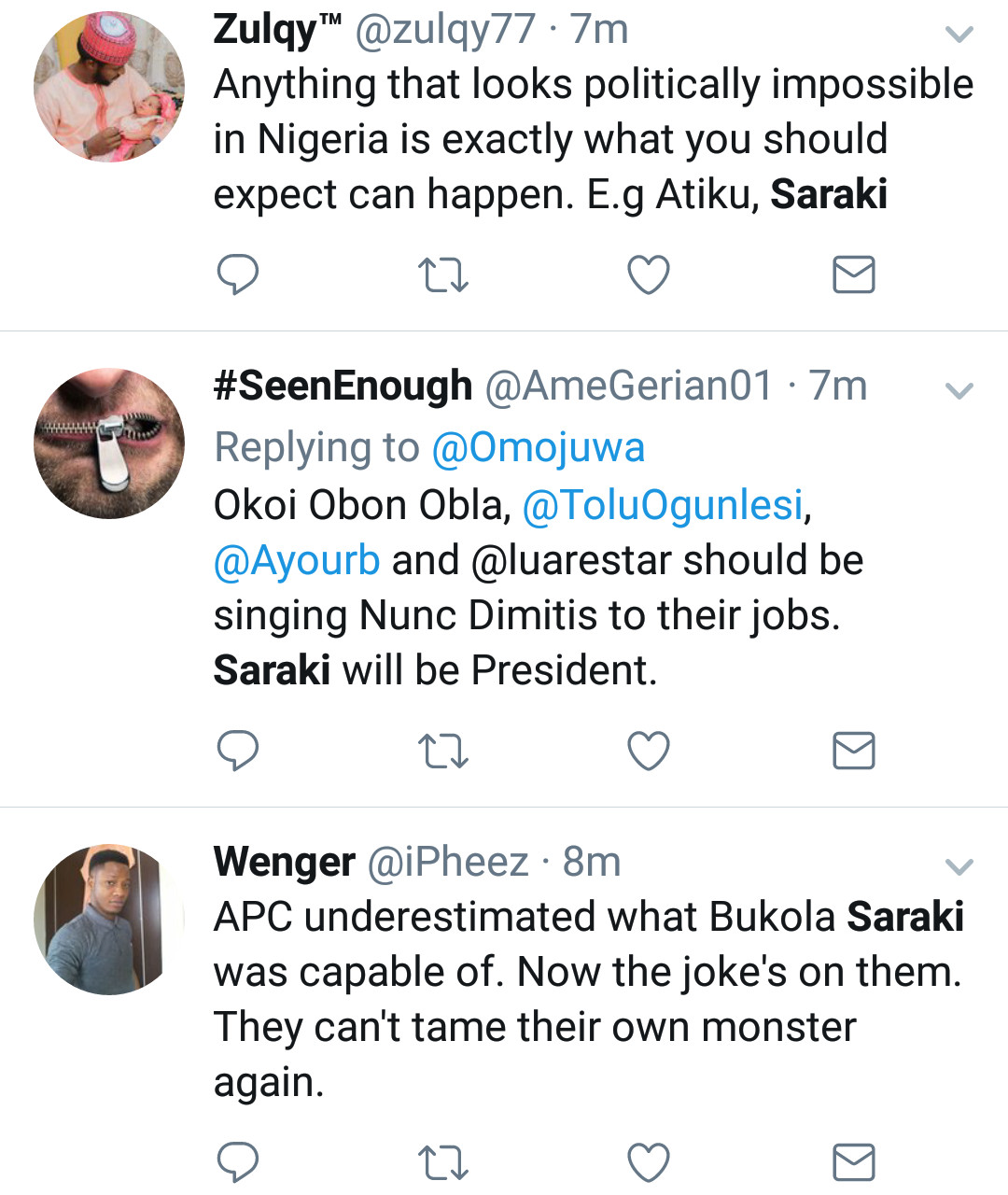 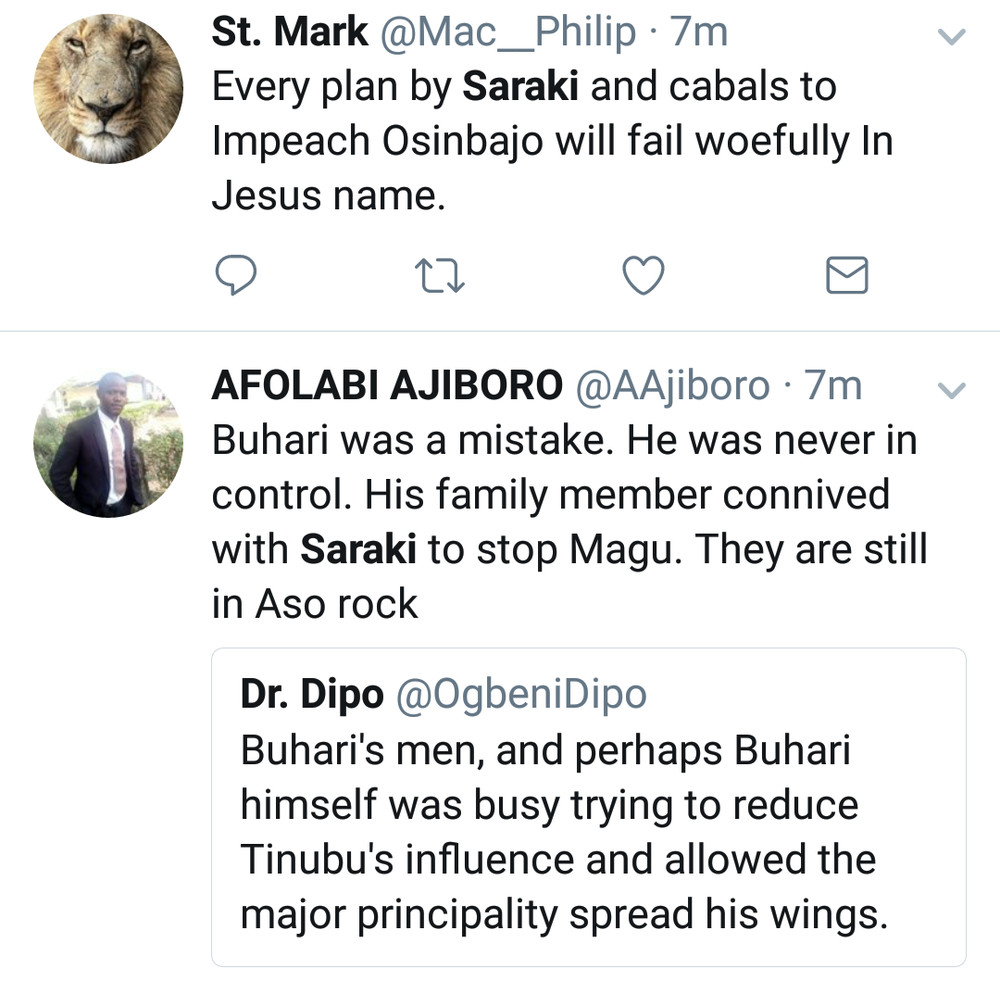 The second reason is as a result of a series of tweets from @SaharaReporters’ account over a plot to stop Osinbajo from becoming president. 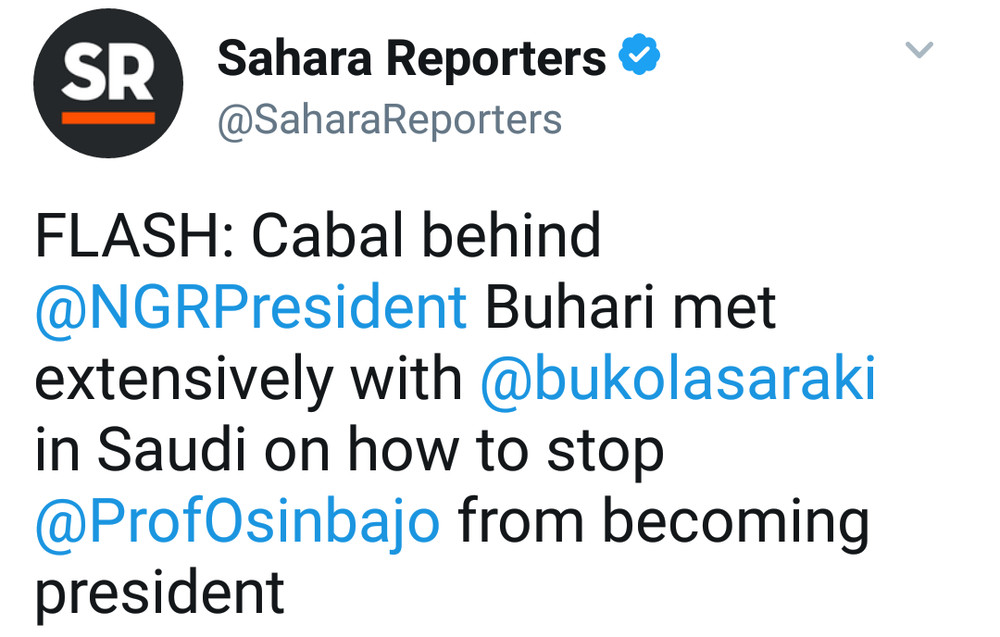 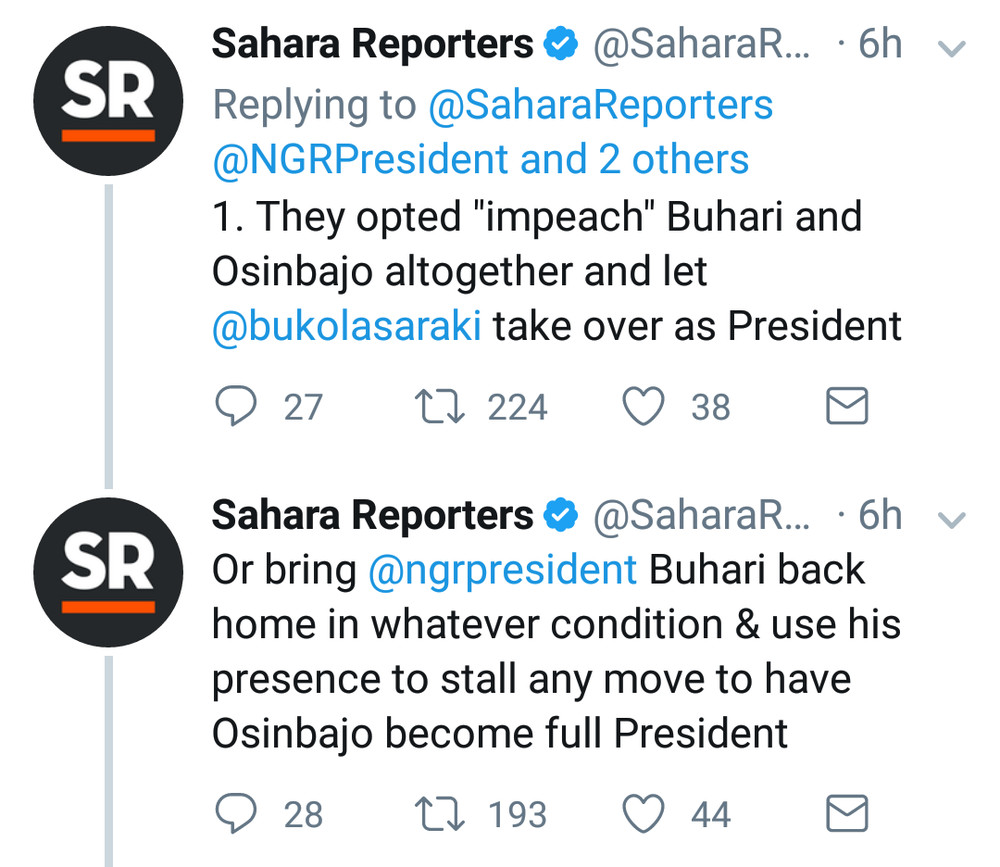