Great Britain’s Mo Farah won a thrilling 5,000m in the final track race of his career at the Diamond League event in Zurich.

The 34-year-old was chased down in the final 100 metres by Ethiopia’s new world champion Muktar Edris but won in a time of 13 minutes 06.05 seconds.

American Paul Chelimo was second as Edris, Farah’s conqueror at London 2017, fell diving for the line.

Farah won gold in the 10,000m at the World Championships in London this month before losing his 5,000m crown, then won his final British track race in Birmingham.

“I wanted to win, and it is amazing that I have won, but it was hard work,” said Farah. “I will miss the track, the people, my fans.

“I have enjoyed running in stadiums for a lot of years, but now, first of all, I will enjoy being with my family.”

The 5,000m was one of 16 Diamond League titles to be decided in Zurich and Farah will henceforth concentrate on road races. 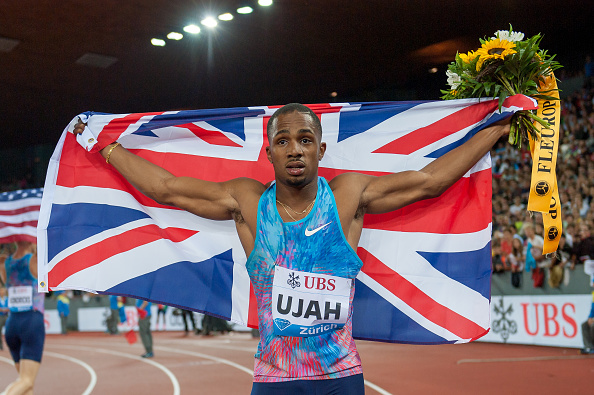 In the 100m category, Great Britain’s CJ Ujah, born into a family who are originally from Nigeria won world champion Justin Gatlin, who could only come fourth in a season’s best of 9.97 seconds.

“I wanted to do my A-game and I did it. I am the Diamond League champion – it feels amazing,” said the 23-year-old Ujah.

“This is like personal revenge for the World Championships for me. I was pretty upset not to be in the final so today I redeemed myself. It’s great to beat the world champion.”

It was Ujah’s fifth Diamond League success of the season after wins in Rome, Rabat, Monaco and Birmingham and it comes with a $50,000 (£39,000) prize cheque, BBC Sport reports.