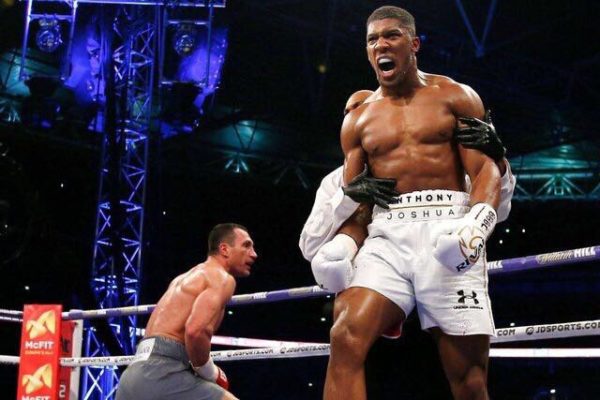 World heavyweight champion Anthony Joshua has said he was massively disappointed when he heard Wladimir Klitschko was retiring from boxing.

Joshua, who knocked out Klitschko in April this year, had hoped they would fight again in Las Vegas on November 11.

He however said, he knew Klitschko wouldn’t fight again, according to BBC.

“He was saying how obsessed he was with becoming heavyweight champion of the world again,” Joshua said, referring to Klitschko.

“If you fail at the first hurdle, you go again – (he) knew from my side I was ready for a rematch, making it clear that if he wants to go again, we’ll go again. With Klitschko, we weren’t hearing too much, so I just thought he was 50-50, but I had a feeling he might not fight again,” Joshua added.

On how much disappointment Klitschko’s retirement was to him, he said “Massive. It was probably even a disappointment for his management, his trainer (Johnathon Banks),” Joshua said, adding “I’m sure he’s still got a couple of other good fights in him.”

Joshua however said that although “all looks good on the outside” Klitschko had “put his body through so many years impact”.

He said he’d appreciate it “if we just sat down as gentlemen, and he gave me some experience he’s learned from over the years.”

Joshua has been ordered by the IBF to battle mandatory challenger Kubrat Pulev before December 2, 2017, or risk losing his title.

Joshua and Luis Ortiz also has 30 days from August 2, 2017 to agree to fight each other for the WBA title.