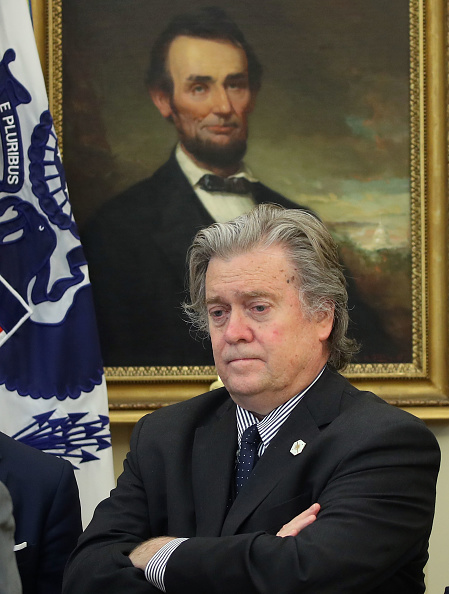 White House Spokesperson Sarah Sanders said on Friday that Bannon, Trump’s former campaign chief executive, will no longer be showing up to work.

“White House Chief of Staff John Kelly and Steve Bannon have mutually agreed today would be Steve’s last day. We are grateful for his service and wish him the best,” Sanders said in a statement on Friday.

Bannon’s ouster had been rumoured since the fallout over Trump’s response to a violent white supremacist rally in Charlottesville on Saturday.

Bannon, a former head of far-right outlet, Breitbart News, has been labeled a white supremacist.

During Trump’s press encounter at Trump Tower in New York on Tuesday, the president described Bannon as a “friend of mine” when asked about the chief strategist’s fate.

When propped further about Bannon’s future at the White House, Trump said that the press “treats him unfairly”.

“Bannon is a very good man, I personally like him” but “the press treats him unfairly,” Trump said adding “We’ll see” whether he will continue at the White House.