#Charlottesville: One dead and 19 others injured as Car Hits Crowd after White Nationalists' Protest ends in Violence 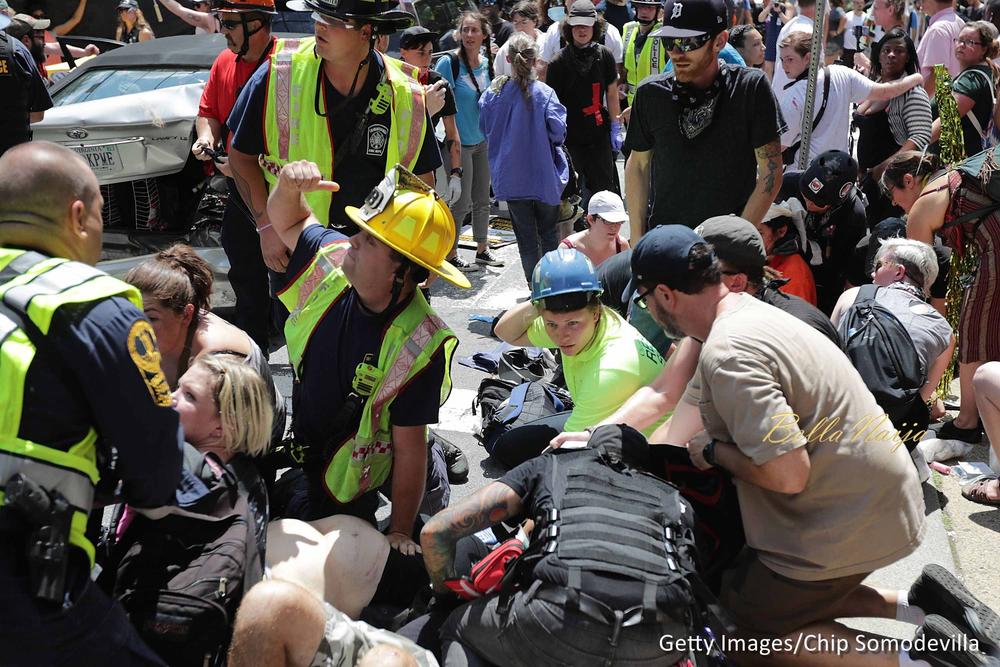 Hundreds of white nationalists gathered at a city park in Charlottesville for a rally on Saturday and had a bust-up with counterprotesters leading to the death of one and the declaration of a state of emergency by the governor.

According to New York Times, a car plowed into a crowd near the city’s downtown mall shortly after the rally was dispersed killing at least one and injuring nine others.

The authorities did not immediately say whether the episode was related to the white nationalists’ demonstration, but several witnesses and video of the scene suggested that it might have been intentional.

Witnesses said a crowd of counterdemonstrators, jubilant because the white nationalists had left, was moving up Fourth Street, near the mall, when a gray sports car came down the road and accelerated, mowing down several people and hurling at least two in the air.

President Donald Trump in a press conference condemned the act stressing that there is no place for hatred, bigotry or violence from any side in America

Be fully prepared for the Second coming of Jesus – Obasanjo