Kurtis Smith: Go On... Surprise the Woman in Your Life 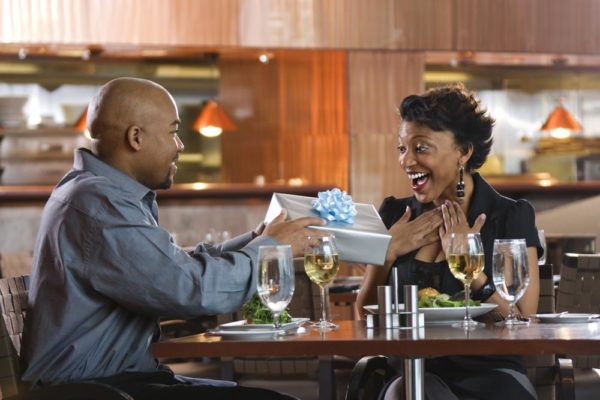 The idea for a dramatic birthday surprise was birthed only a week ago, when I had asked a friend coming to Nigeria from the UK to help bring a dress I had ordered online for my girlfriend.

We had concluded plans for her to visit me in Warri from Lagos a day after her birthday which was a Saturday because it was more convenient for her. Her birthday came and I inundated her with calls, shout-outs and all the lovey dovey things girls like. She was overjoyed and could not wait to see me the next day.

Saturday finally arrived and she was enroute Warri without even an inkling of my intentions.
“Baby, how are you and how is the trip coming?” I asked. “I’m good boo and the journey has been smooth thus far”, she replied. She went on to ask where I was, to which I replied,”I’m at the office o. Too much work today. I can’t even deal”, with a grin. “Okay dear, get back to work. See you soon. Love you” She added. “Love you too”, I replied.

But I wasn’t at work as I made her believe. I was actually in Shoprite trying to fill my basket with the goodies for her surprise birthday dinner. Few hours later, she arrived, just as I was about to head back home, leaving behind everything I had bought at a friend’s shop. This was around 7pm.

The perfect time came for my plan to be set in motion when my girlfriend got in to the shower few minutes later. From her box, I sneaked a pair of her shoes that I knew would fit the dress I had gotten for her, told her my boss had just called me in to the office and dashed off to put the finishing touches of the plan together.

I arrived the venue of the surprise birthday dinner, a restaurant we frequented whenever she was around, booked a private room, prepared a table, put the chocolate cake with her name on it, her favorites – Hollandia Yogurt, Snickers and McVities Shortbread, and a few other stuff. I carefully placed the gown I got her on a chair and her shoes right beside it. Satisfied that things were looking just as planned, I headed back home.

On getting home, I told her to get dressed so we could go out for dinner. She got dressed in her usual  casual style – a top, shorts and slippers. We boarded the first bike we saw and left for the venue.

I stood behind her as she entered into the room while I recorded a video with my phone. As she stepped into the dark room, I switched on the light screaming, “Happy birthday,baby!” The shock on her face was a beauty to behold. She was literally in tears.

She was still in tears from the shock as I helped her change into the dress and shoes. Few minutes later, my overjoyed girlfriend was confessing to me that she was having the best time of her life. The day turned out being even better than planned and one she will not forget in a hurry.

Have you ever wondered why ladies cover their mouth when being proposed to? It’s not because of love. Instead, it is usually because they never experredit it. Keeping a girl happy and in love does not necessarily have to do with money. That is not to say money does not play a role in the grand scheme. It also isn’t entirely about one’s sexual prowess. Neither does it depend solely on how charming or caring one is.

Keeping a girl is rather wrapped around an 8 letter word – SURPRISE! In other words, be spontaneous. This means performing as a result of a sudden impulse or inclination, without premeditation or external stimulus.

Even in the Bible, David beat Goliath out of spontaneity. He picked up five stones and hurled only one at a surprised Goliath. David was a man after God’s own heart. Follow his example and be a man after your woman’s heart today.

Although the girl in this story is now my ex, I have no doubts that the memory of that surprise would linger in her heart forever.

Charles Nwolisa is a Relationship Advisor and Writer whose self-styled 'lomour' articles infuses humour into love write-ups making relationship talks not as depressing and soul searching as writers make it look. Join in his adventure by ffl on IG: @bae.logic or visiting www.TheBAElogic.com.