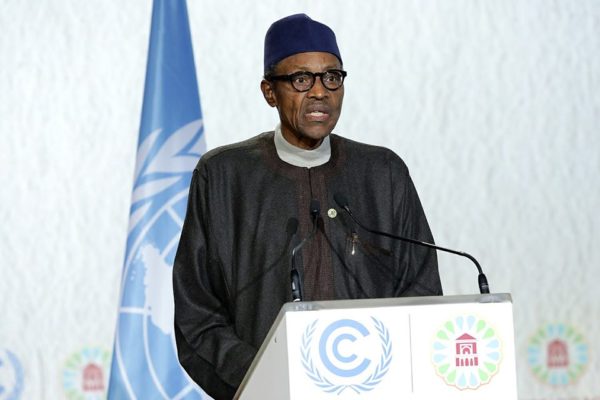 President Muhammadu Buhari has condemned the Ozubulu Church attack in Anambra State by a yet to be identified gunman, describing the incident as “an appalling crime against humanity and unspeakable sacrilege.”

The President expressed his grief in a statement issued by his Senior Special Assistant on Media and Publicity, Garba Shehu, in Abuja on Sunday.

President Buhari said that “there was no justification whatsoever to target Church worshippers and kill them in cold blood.’’

He said this kind of atrocity “plumbs the depth of depravity and extreme cruelty of the kind that words cannot adequately express.’’

According to the President, there is no religion that does not lay constant emphasis on the sanctity of life, and that “all Nigerians must rise up and speak with one voice against these remorseless evil men.’’

The President expressed his deepest sympathy with the families of the victims, the Church leadership and the government of Anambra state.

He reassured all Nigerians of his administration’s firm and uncompromising commitment to protect their lives and properties at all times.

Police in Anambra on Sunday confirmed that a gunman killed 11 worshippers and injured 18 others in an early morning attack on St. Philip Catholic Church, Ozubulu, Ekwusigo Local Government Area.

The Commissioner of Police in the state, Garba Umar, told newsmen that the remains of the dead had been deposited at Nnamdi Azikiwe University Teaching Hospital, Nnewi.

Meanwhile, a Twitter user had alleged that the attack was carried out as part of an ongoing war between two groups of drug dealers.

Umar described any insinuation that the attack was carried out by Boko Haram elements as false and urged the people to go about their normal businesses.

“The intelligence report and preliminary investigation showed that the incident was as a result of a feud between two individuals from the same community living outside Nigeria.

One of the individuals built the church where the shooting occurred; it is definitely not a terrorist attack in the mould of Boko Haram or Fulani herdsmen attack.

The command will brief the public after investigation is concluded; I commiserate with all those who lost their loved ones in this unfortunate incident.

I also encourage ‘ndi’ Anambra to be vigilant and to promptly report suspicious movements or strange observation of persons and actions in their localities to the security agencies,” Umar said at a press conference on Sunday.

Increase in rape a result of indecent dressing – MURIC