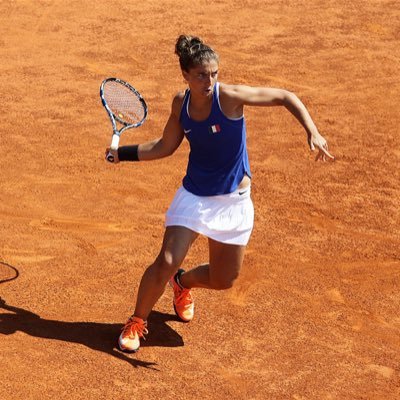 30-year-old Italian, Sara Errani has been banned for two months after failing a drugs test because her mother’s breast cancer drug accidentally contaminated a family meal.

Her mother had dropped some pills on a kitchen worktop where tortellini and broth were later prepared.

BBC Sports reports that a tribunal panel accepted the player probably ingested the substance through accidental food contamination leading to the two-month sanction.

“Together with my family we have tried to understand how this contamination could have happened because I am 100% certain I haven’t taken a pill by mistake,” said Errani in a statement

Letrozole increases lean body mass and was banned by the World Anti-Doping Agency (WADA) over concerns it was being abused by bodybuilders.

An independent tribunal, appointed by the International Tennis Federation (ITF), said there was no evidence it would enhance the performance of an elite tennis player.

It is the most high-profile drugs case in women’s tennis since that of Maria Sharapova, who beat Errani in the 2012 French final.