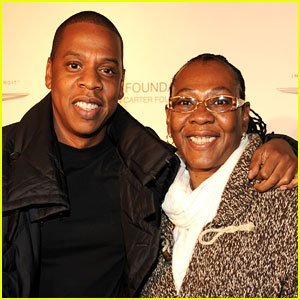 JAY-Z‘s mother Gloria Carter has revealed why she came out as a lesbian on her son’s song “Smile.“

Mama had four kids, but she’s a lesbian/ Had to pretend so long that she’s a thespian/ Had to hide in the closet, so she medicate/ Society shame and the pain was too much to take

In an interview on the D’ussé Friday podcast, Gloria Carter said:

Me and my son share a lot of information, so I was sitting there and I was telling him one day, I just finally started telling him who I was.

So my son actually started tearing, because he was like, ‘That had to be a horrible life, Ma.’ And I was like, ‘My life was never horrible, it was just different.’ So that made him want to do a song about it.

Just like JAY-Z said in his interview with Rap Radar, Gloria said she was wary of having her story on a song.

Eventually, she came to while in a plane on her way to his place, and wrote the poem “Living in the Shadows” that was recited at the end of the song on the album. She said:

When I got there I was like, ‘I’m gonna help you along.

So I started reading it and he was taping me – I taped it on the phone!

Gloria  Carter said she’s never been ashamed of who she is. She said she had to stay in the closet for so long as a result of society’s prejudices, but it’s finally time to live and be free. She said:

I was never ashamed of me, but my family, it was something that was never discussed.

Because everybody knows who I am, I don’t hide who I am.

I’m tired of all the mystery. I’m gonna give it to ’em. I don’t have to worry about anybody wondering whether I’m in the life or not – I’m gonna tell them.

Now it’s time for me to be live my life and be happy, be free.

Listen to the full podcast below: