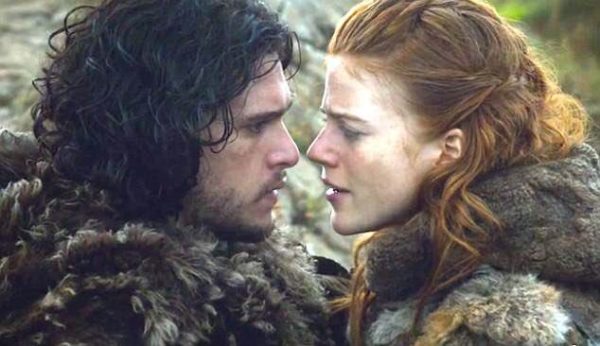 “Game of Thrones” co-stars Kit Harington and Rose Leslie, who star as Jon Snow and Ygritte are reportedly engaged.

Harington reportedly popped the question to Leslie, who was also his love interest in the show.

The 2 have reportedly been dating for 5 years, and have told friends and family that they’re engaged.

Sources who spoke to The Sun said: They’re yet to set a date, but told friends and family last week that they’ve gotten engaged.

Kit’s known for ages he’s wanted to marry Rose but he wanted them to get a house and settle down a bit first.

The 2 moved in together back in January, and Harington reportedly felt that was the next step, so he popped the question.

Congratulations to the couple!