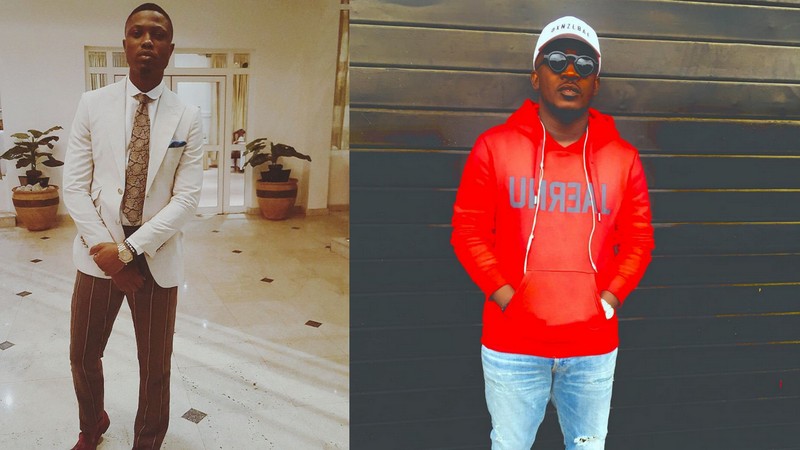 On the Loose Talk Podcast with Osagie, AOT2 and Loose Kaynon which was released a few days ago, M.I had explained that a lot of people ask why he has not done a song with rapper Vector yet. He went on to state that he himself does not understand why.

Vector however seemed not pleased with that assertion and shared the part of the video where M.I made the claim on his Instagram page. He wrote:

@mi_abaga you na bad guy sha…lol.
Firstly, you mailed me a beat sometime ago on some “let’s make this dope record happen” but yeah that was all it was.
you were also supposed to be on the #Kingkongremix but yeah we all must have gotten very busy… hehe. So let me make this clear… 16 bars is nothing, i’m not the type to involve in fake talks so… yeah… you said and i quote “i am the guy who wants to rap with everybody” ok then, LET’S RAP

The Chocolate City boss responded below the post saying:

This wouldn’t have worked as a DM why?

Vector then went ahead to clarify:

@mi_abaga you spoke about it on @pulsenigeria247 (A public domain) like you don’t know why we haven’t drop a record together? i am real to d core champ and you know. i took you to #lafiaji too gee. we made jokes of the boys who almost shit their pants in d hood. let’s not make this a big deal. its not personal. #LetsRAP if we will and lets not act like we will if we won’t… itsa ll love. i wish you success on the album.

we are being alerted about paid posts… lol. wow! making another man look funny when you can actually help your bro with the same act you have generously displayed towards me is mind bugging.
if this was a battle, we all know what it is already but its not. it’s addressing the shit we do to mess up hiphop for ourselves. pay your way to look good if you must, it wouldnt matter sooner or later based on no matter how good your barber be, hair go still show him true nature, e go grow how e naturally be, friction go scatter, barber go collect your money again.lol.
real people over here tho.