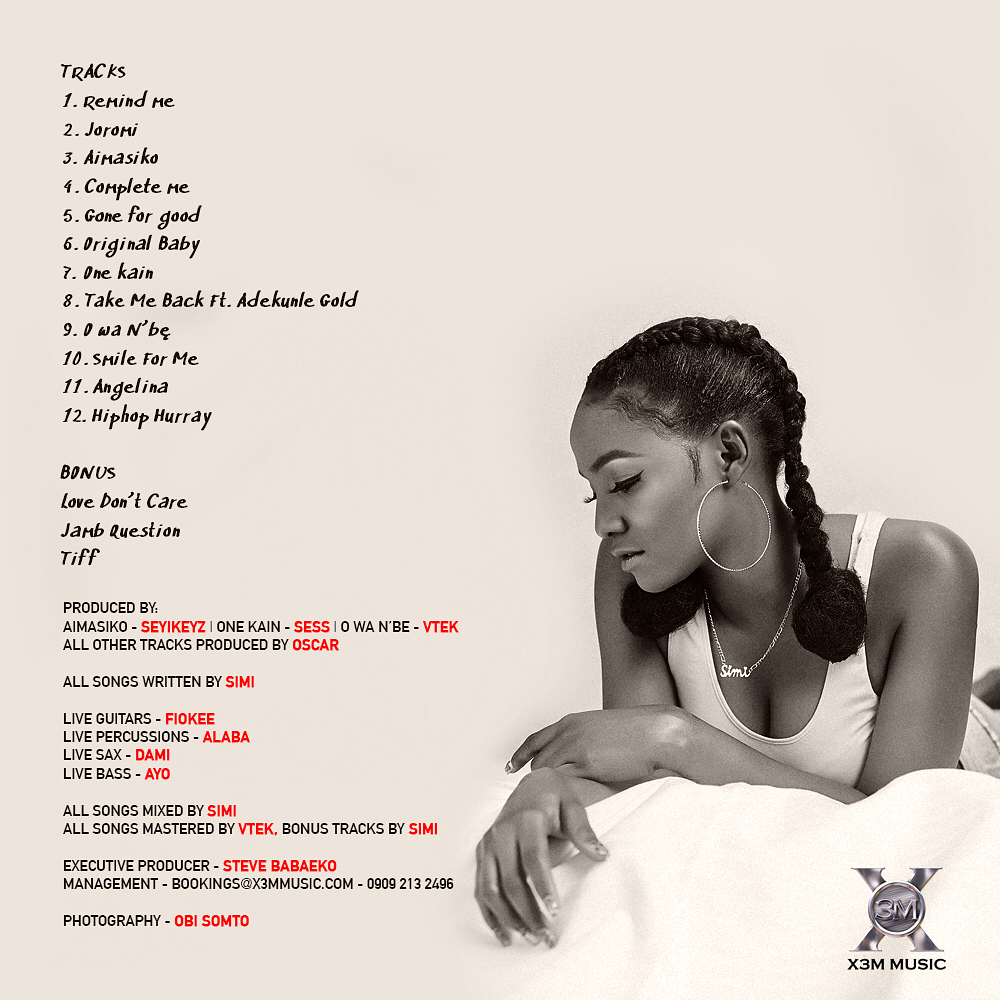 X3M songbird Simi is right on track to unveil her debut album “Simisola” as promised on the 8th of September.

The singer unveiled the official tracklist of the album on her Instagram page this morning. The 12-track album also consists of 3 bonus tracks and features only one artist – Adekunle Gold (side eye).

Production credits go to Oscar, Sess, Seyikeyz & Vtek. All songs were mixed by Simi herself. Vtek mastered all the tracks on the album.

The album is also available for pre-order on iTunes.