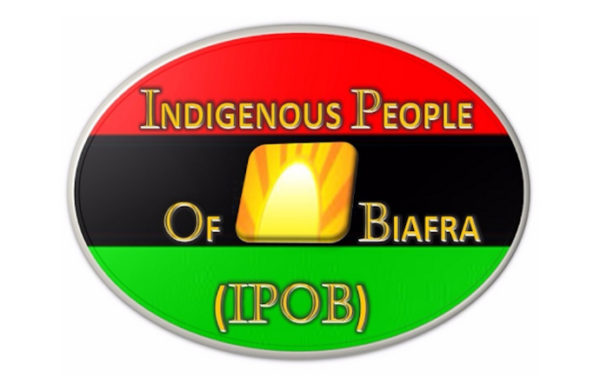 Okoi Obono-Obla, the Special Adviser to the President on Prosecution has said the issue with the Indigenous People of Biafra (IPOB) is a national one and the opinions of external bodies do not matter.

In a statement released on Sunday, Obono-Obla insisted IPOB is a terrorist organization. He said:

This is also an organisation that was hounding and killing Nigerians in Rivers and Abia States before the military intervention!

This is a group that was burning police stations; killing police officers, throwing bombs at military convoys, threatening to make the country ungovernable, threatening to stop governorship election in Anambra State!

According to Punch, he added that the Attorney General of the Federation Abubakar Malami has plans to charge sponsors and members of the group for illegally operating in Nigeria.

He asked that the international community stopped meddling in the affairs of the country, as that would lead to the erosion of sovereignty. He said:

I have previously said that the international community should not meddle in our internal affairs because doing that will amount to an erosion of our sovereignty!

The EU has no business absolutely and totally with our internal matters so if EU says it does not see IPOB as a terrorist group, it does not matter as far as Nigeria is concerned.

I want to add that the USA may say IPOB is not a terrorist organisation by US Law because it is a registered business concern in the State of California in the United States!

However by Nigerian law a foreign company which is not registered by the Corporate Affairs Commission by the provisions of Section 53 of the Companies and Allied Matters Act 2004 is illegal.

And by Section 54 of the Companies and Allied Matters Act it is a criminal offence for a foreign company to operate in Nigeria without registration! So all this while IPOB was operating in Nigeria illegally!