Abimbola Adeluwoye: Do Not Bear a Hand in His Death 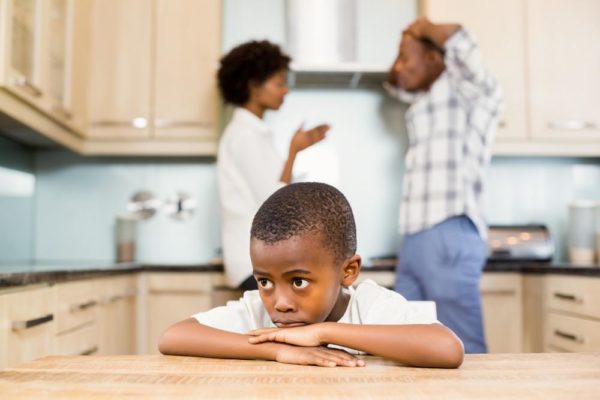 The BellaNaija community is one that thrives on the engagement and insight of its members. Families are represented here, and experiences are shared by people who are trying to start families.

The Adoption Series by Abimbola Adeluwoye is one that seeks to bring awareness to adoption in Nigeria. The idea is to show people that there are several ways to build a family. We hope that at least one life is touched in a positive way through the series. Abimbola will attempt to discuss issues surrounding adoption, how to go about it, the challenges that come with it, and ultimately, how to eradicate the stigma of adoption in Nigeria. {Click here to read the first post in the series}

***
“That boy calls you father. Do not bear a hand in his death” Things Fall Apart, Chinua Achebe.
In the quote shared above, a woman of the Umuofia tribe was killed at Mbaino village market. In exchange, Ikemefuna who was fifteen years old at the time, was offered to the Umuofians as recompense for the life taken, and was brought to live with Okonkwo until the gods decided his fate.

Ikemefuna lived in Okonkwo’s household for three years. The relationship between them developed rather grudgingly, into one of deep mutual love and kinship that went beyond blood; a love that spawned them father and son.
Ikemefuna was secretly the son Okonkwo wanted his biological son, Nwoye, to be like. He loved the influence Ikemfuna had on Nwoye, who he considered weak, as he preferred being by his mother’s s side and entertained by her type of stories. Both were treated to gory tales of examples of warrior-like manliness and violence in Okonkwo’s Chi, which Nwoye now gladly enjoyed since Ikemfuna’s arrival in his household.

One day, Ogbuefi Ezeudu comes to announce to Okonkwo that the Oracle had decreed that Ikemefuna was to be killed. It comes with a personal advice though, that Okonkwo not bear a hand in his death as the boy calls him father.
Later, Okonkwo and some men trudged through the mountains on their way back supposedly to Mbaino to return Ikemefuna, when someone first strikes him with a machete. “He heard Ikemefuna cry, “My father, they have killed me!” as he ran towards him. Dazed with fear, Okonkwo drew his machete and cuts him down. He was afraid of being thought weak”.
Okonkwo justifies this killing of Ikemefuna as a show of his own strength and manliness. But he does not understand, as some scholars have put it, that there is no honor in killing a child who rushes to him for protection. He has in fact killed his own blood.

In the course of conducting interviews for this series, I have encountered many questions. Reading through and hearing stories from people who were adopted, a common theme ensues: the question of if the adopted child could be loved and if the child could love back.

It is easy to think that because a child came from your loins or your womb, you do not have a choice but to show up and love it in spite of anything he/she might do. I see so many examples of this at the Institution where I work, where parents come begging and crying when their child has been rusticated or expelled, no matter how degrading it makes them look or how heinous the act committed by the child. We forget that biology is the least of what makes someone a mother or a father. Parenting, whether of a child of your body, or someone else’s body, requires love not DNA. Ask anyone who has suffered from post-natal depression, who did not love their babies for months and even years after they had it. Ask total strangers who have put their lives on the line when a child was in danger. We could also ask Okonkwo, who loved a stranger’s child so much, everyone in his village thought of it as his.

It should also be understood that love can never be dispensed in equal ratios, not between husband and wife and certainly not among the children they have. Everyone knows “daddy’s girl” or “mommy’s pet”. This was the child that was favored above all others among biological children. If you wanted something from your folks, some of us had to go through them to get it faster. Such children were not adopted, yet they knew they ranked lower in the affection scale. What about that?
Some people have conceptualized adoption with a “goods return policy” approach (referred to formally as disruption), and go Adams route in the Garden of Eden when he supposedly told God, it was the woman you gave to me that made me sin. God in this instance being the state government and the defected goods, a child.

To hear from an adoptee, “I have never understood why people supposed that a child would not love them or be devoted to them … I really believe this idea is caused by the latent fear on their part that they may not love the strange child. They transfer the doubt over to the child and suppose he will not love anyone to whom he does not belong to by blood”
This is not an attempt to romanticize adoption in any way. You could love someone to stupor with genuiness and warmth of feeling and they may be incapable or choose not to reciprocate. This is obvious in our everyday lives. The point here is that we do not hide from our insecurities from the start.

Let me rather preemptively answer some questions that were sent to my mail and asked in the comment section on the last post. Please understand that these are general responses. The specifics would be provided later.

• Absolutely anyone can adopt.

• Yes, single people can adopt. You can however only adopt a child of the same sex as you.

• Divorcees are permitted to adopt. You only have to file your divorce decree along with other documents that you would be required to submit.

• You do not have to be rich to adopt, only have a stable source of income that can provide for you and the child adequately.

• Adoption is not available in all states of the Federation. This loosely means that there are some states where adoption cannot take place.

Since adoption is also a matter of the law, Black’s Law Dictionary, 7th Edition defines adoption as the “Statutory process of terminating a child’s legal right and duties towards the natural parents and substituting similar rights and duties toward adoptive parents.”

Adoption has also been defined as a procedure by which people legally assume the role of parents in respect of a person who is not their biological child – Tajudeen Ojo Ibraheem.

There are many things to be learned from Chinua Achebe’s Things fall Apart. One of them is that contrary to what many people think, adoption is not a foreign concept. The common law of it, as regards formality, to make it conversant with the global world is what gives it a supposed oyibo halo.

In fact, I dare say that there is an informal adoption sector. Some of us were raised by people, who for all intents and purposes, we considered our parents, though they neither bore us nor formally acquired us. But as Mrs. Titilola Akinlawon, SAN said “a mere agreement in which a parent seeks to transfer his rights and duties to someone else is ineffective and will not be recognized as an adoption. The idea of defacto adoptions i.e. an arrangement where the child lives permanently with people who have put themselves in “loco parentis” to the child is ineffective to give the carer, parental responsibility to remove that of his parents”.