BN Living Sweet Spot: Marcia & Arthur have been together for 80 Years | WATCH

Oh, Lord. This video tugs at (wrenches it, to be honest) every heartstring and leaves all the feels.

Arthur, 105, and Marcia, 100, have been together since Marcia was 20, and it’s one day to their anniversary as at the time of recording the video.

Arthur confesses his love for her, telling her “I’ll miss you,” and she replies saying the only thing she’s able to say these days: “Hello hello.”

Just watch the video below:

This touching moment between 105-year-old Arthur and his 100-year-old wife Marcia will bring you to tears. ❤️ https://t.co/rEylT2asDe pic.twitter.com/rv4DmL9zif 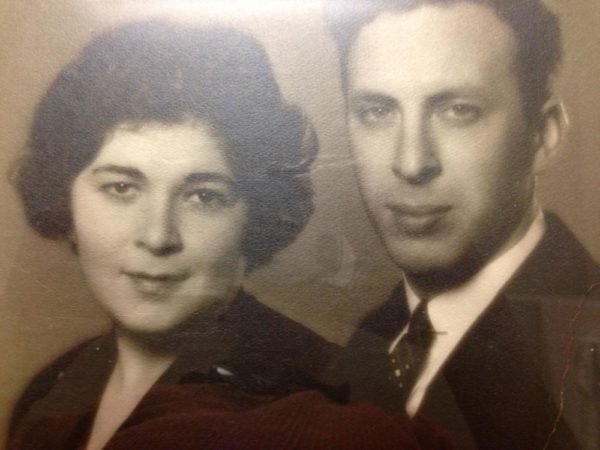 Here’s a description of the video below by their grandson Gabe Jacob, a filmmaker who recorded the video:

My grandparents are incredible. Arthur is 105 (born 1912), Marcia is 100 (born 1917). Tomorrow marks the 80th year they have been married. They are one of the oldest living couples in The United States. Marcia can really only say “hello, hello” but she seems to have some sort of understanding of her surroundings (watch her crack up at Gideon’s joke in the first clip). Arthur is a beautiful man and so incredibly in love with Marcia. You can tell how sad he is that she is can no longer communicate. Proud to have descended from these superhumans.

Arthur Theodore Jacobs was born in August 19th, 1912. Marcia Fox Jacobs was born on June 25th, 1917. They met at the University of Wisconsin. Marcia was from New York and Arthur was from Hammond, Indiana. Arthur worked for the War Manpower Commission in Washington, DC during the second world war. He has a PHD in economics at the University of Michigan. Marcia was a director of social work at Hebrew Home For The Aged in Riverdale, NY. They lived for many years in Larchmont, NY and now live in Rye, NY.