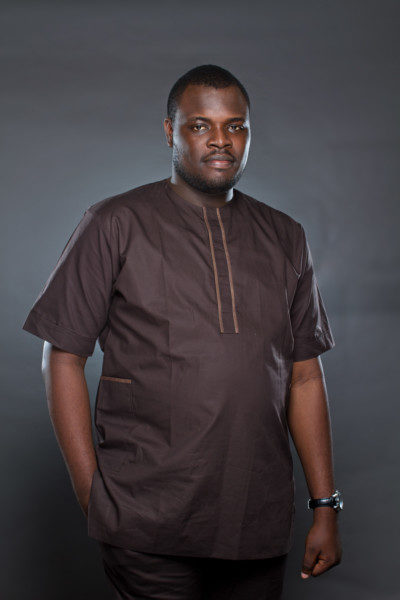 In April, someone from Liberia sent a flurry of newspaper clippings to my co-founder on Whatsapp: “Have you seen this?” he asked.

‘This’, it turned out, was the frontpage of the Democrat newspaper in the country, which had splashed Adebola Williams on the cover of the paper, and quoted him in an alleged private conversation discussing the fading chances of a particular candidate in that election.

The correspondent was anonymous for good reason; however, that conversation did not happen. My co-founder, who had visited Monrovia about four times – to speak with four major candidates hoping to succeed Ellen Johnson Sirleaf, was simply being deployed as a tool in a war between two of the 20 registered candidates in that election, each trying to depress support for the other candidate.

We ended up working for none of those candidates, because aspirations don’t often match budgets in this West African republic. It was a crash introduction into the politics of Africa’s first self-declared free nation.

If you think Liberians are having a raucous, boisterous party, you will not be wrong.

Independent media often use words like ‘excited’, ‘warmth’ and ‘boisterous’ to characterize both candidates and supporters. The New York Times wrote of nightly parties and ongoing festivities.

“Hundreds of young people danced on Wednesday to the beat of West African highlife music blaring from generator-powered speakers outside the headquarters of supporters of the imprisoned warlord Charles G. Taylor,

The ubiquitous scent of coal fires and marijuana wafted through the air. Posters of George Weah, the former professional soccer player and standard-bearer of the Congress for Democratic Change, wearing distinguished eyeglasses and salt-and-pepper chin stubble, looked over the crowd.”

To be sure, Liberia has very many serious problems. Some have mentioned corruption (even though a 90 ranking out of 176 nations after decades of war isn’t awful). Its youth unemployment numbers stand at 85 percent, and a wide majority of the population has no access to electricity.

The country is familiar with poverty and its healthcare, barely standing before the Ebola outbreak, is yet to find its feet after. But there is a sense that where they are at the moment is not as important as how far they have come, or where they could go from here.

No small part of that comes from the fact that Sirleaf has overseen 12 years of uninterrupted peace and stability, and that she has taken, extremely seriously, her role in supervising elections everyone fully expects to be free and fair and creating an atmosphere for democratic attitudes, and norms to thrive.

“My purpose of trying to bring Liberia back to restore basic services, to promote democracy, to maintain the peace,” she said in an interview with the BBC in September. “I’m also committed to a democratic process which says after two terms you leave. I’m pleased I’m doing that. I think it sends a great signal to leaders all over the world. And it’s time for a new generation to take over.”

That process, and that discipline, has led to the joy the world sees from the Liberian voter. It’s the joy of possibilities and potential, the hope for the future, and for the faithful.

There is no force in the world more powerful than an inspired, empowered human being, and hope is the most powerful force for any nation trying to rebuild and rebuild and remake itself. That powerful mix is evident on the streets and in the bars, the schools and the homes.

A Nigerian politician just tweeted at me: “One day @Liberia will live up to its name and the idealistic dreams of its founders. There’s no better place than #Liberia to test the hypothesis that African youth can power a new age. We are watching.”

Indeed, we are watching. And, for this beautiful, boisterous democracy, it’s already looking good.

Related Topics:Chude Jideonwo
Up Next