"The north wants restructuring as much as anyone else" - Tambuwal 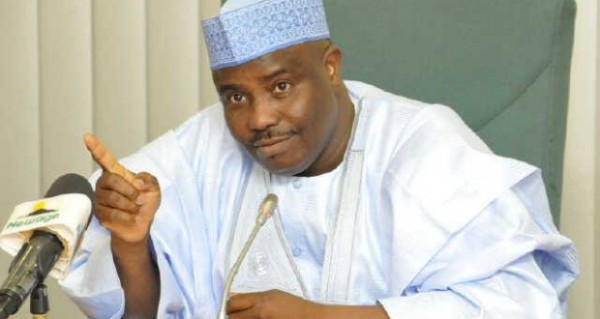 Sokoto State Governor Aminu Tambuwal has described claims that the northern part of the country is opposed to restructuring as false.

The All Progressives Congress (APC) had in its manifesto promised the devolution of powers and an entrenchment of true federalism in the country, which most took to mean restructuring.

According to The Cable, Tambuwal, speaking in Kaduna on Tuesday, said northern leaders have inaugurated a technical committee to collect the views of the northern people on restructuring.

He said reports that the north is opposed to restructuring because it has the most to gain from the current way of things is false.

“The north wants restructuring as much as anyone else,” he said.

Only recently, the northern states governors’ forum and northern traditional leaders council committee on restructuring of the Nigerian federation which I chair inaugurated a technical committee reflecting the amazing diversity of northern Nigeria to look at the issues surrounding the call for restructuring and get the aggregate views of the north and present same to the committee for use during the proposed town hall/public hearings across the 19 northern states.

We have ensured that the technical committee members are personalities who have proven themselves in various fields, people with the intellectual ability and experience to contrast, aggregate and analyse the views of the north and how they impact on the growth and development of this country.

Therefore, the idea that the north is against restructuring because it benefits most from the current state of things is circumscribed and patently false.

The fact that some people continue to parrot such a lie only help to give credence to the flawed argument. Let us be clear: the north wants restructuring as much as anyone else. However, as a people, we do not easily jump unto the bandwagon because we are always there for the long haul. We believe that any decision we take must be inclusive, and respect procedures and processes so that the outcome is sustainable.

I think we should first, as a country, agree on a mutual definition of the term restructuring. In my view, if restructuring means taking stock of our arrangement to ensure that no state takes a disproportionate amount of the resources, or most of the available space in the education or job sector, or subjugate the others’ culture or religion, or lords it over the other so that the number of the poor and uneducated whose future is circumscribed by their circumstance is shared proportionately, then we are game.