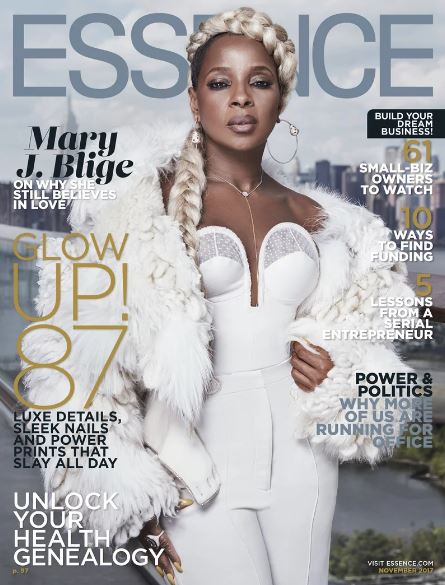 Grammy-winning R&B icon Mary J. Blige graces the November cover of Essence Magazine as she opens up about her new role in Netflix’s Mudbound, why she still believes in love and more.

Speaking to the magazine about her character Florence she says:

Shedding Mary J. Blige for Florence gave Mary J. Blige some confidence… like a lot of it, [On set] I could hear people whispering, ‘She’s so beautiful.’ And I was like, ‘Who the hell are they talking about?’ If I didn’t let go and give into the character, the movie probably wouldn’t be what it is right now. It was the one thing that needed to be done, and I couldn’t let Dee down.

Mary J. Blige plays Florence Jackson, a mother of four who’s navigating her family through the dangers of being Black while living on a flood-drenched farm in the south.