Precious Nwabugo: You Want my Forgiveness? Earn It! 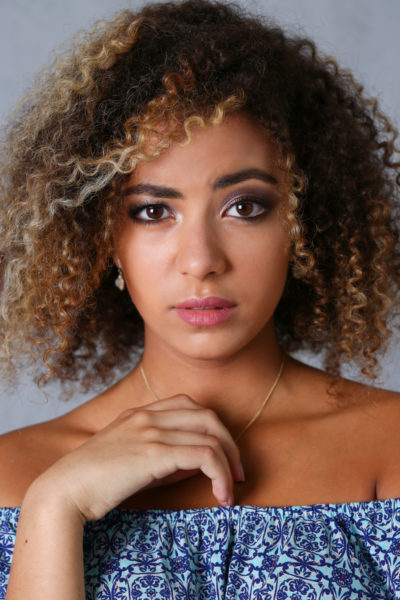 I got my first lesson on people feeling entitled to my forgiveness from my father.  At the age of 13 or 14, I had fumed at a text message he sent to my aunt, in all caps, “WHEN YOU PEOPLE FINISH RAISING HER, AT THE END OF THE DAY SHE WILL REMAIN, MY DAUGHTER,” it read. Although not the literal translation from the well-crafted Igbo proverb he sent it in, that was close enough. I remember exactly how annoyed and defeated I felt. My father was making a decision and would make decisions to not contribute to my life, because he knew I would eventually forgive him. It’s easier to ask for forgiveness than it is to get permission, right? Yeah, the truth was he was right, and that’s exactly where my pain stemmed from. What was going to be his incentive to be a better father? What would be the consequences of his actions? That man single-handedly launched me into a very complicated relationship with forgiveness.

A combination of the rhetoric “I forgive to set myself free not the other person,” and forgiveness for religious reasons has contributed to making the concept of forgiveness an etiquette extended to every and anyone. It has become a standard to uphold for the morally upright; basically, If you’re a good person you will forgive and as a result has become expected.  An ‘I’m sorry’ or  ‘I apologize’ automatically gives the person in the wrong a moral footstool to stand above the situation. This quickly escalates to where even spectators of the issue demand forgiveness, spouting things like, “at least they’ve apologized,” or “the Bible asks us to forgive,” or “What else do you want them to do? They’ve apologized!” In fact, often times the person hurt isn’t given the time to experience the full range of emotions for being hurt before they’re imposed with the burden to fulfill forgiveness. Before you know it, whether ready or not, you’re faced with”Do you forgive me? Do you forgive them?

People respond to how unrealistic the expectation of forgiveness is in different ways. Some seek divine intervention, some create hurdles to be jumped before they can grant forgiveness. You see this in the manifestation in questions like, “why should I forgive you? Why are you sorry? How do I know you won’t do it again?

The answers to these questions help to pacify our feelings. We also see it in how people dish out consequences by creating boundaries as a result of an offense. “I forgive them, but I don’t want them in my life,” or “I forgive you, but…”

I thought I had forgiven my father, and when people asked, I often said I had; but I had my own I forgive you, but(s)… But(s) that were rooted in me trying to create consequences for his actions, because he wouldn’t have any, if I simply let go of everything. I would say things like I forgive him but he wasn’t there, so we can’t have a father and daughter relationship.

I wanted a situation where I would forgive him but not REMAIN his daughter. He wasn’t going to eat his cake and have it. Was this forgiveness? I’m not sure. The relationship between forgiveness and consequences is quite complicated and I haven’t figured it out yet. If you were cheated on and you forgive your partner, do you stay or leave (consequences)? Is one or the other a better way to handle it? When you forgive, do you have to truly let go of consequences? Do you allow things to be the same as the offense never happened?

Forgiveness (both in religious or social terms) implies to let go, to let go of debt, revenge, consequences, resentfulness towards a person as a result of an offence. Forgiveness is said to be a ‘decision’ to let go and not a feeling. This is where the conflict comes in, because to successfully forgive you have to deal with whatever feelings you harbour as a result of the offence.

So, forgiveness might be a decision, but it’s very much tied to our feelings. Feelings like anger, hurt, sadness, do not often disappear at a snap of a finger… just because you ‘decide’ they should. Depending on a situation and offence it takes time because people need time to heal It is a process that people need, to allow for when they think “sorry” or “I apologise” makes up for an offence. In fact, if we are being truthful, some people never get to a point where they truly let go of everything. So yes, yes brethren, there’s quite a possibility that forgiveness isn’t always granted.

Precious Nwabugo is a fan of words. She puts them together to re-live, create, destroy, erase experiences and ignite emotions. Thankfully she got a B.A in Communication to justify that love for writing, which is mostly Fiction and Lifestyle pieces, Follow her blog www.kindanaija.com  YouTube - www.youtube.com/c/PreciousNwabugo Twitter - @praeshh.'