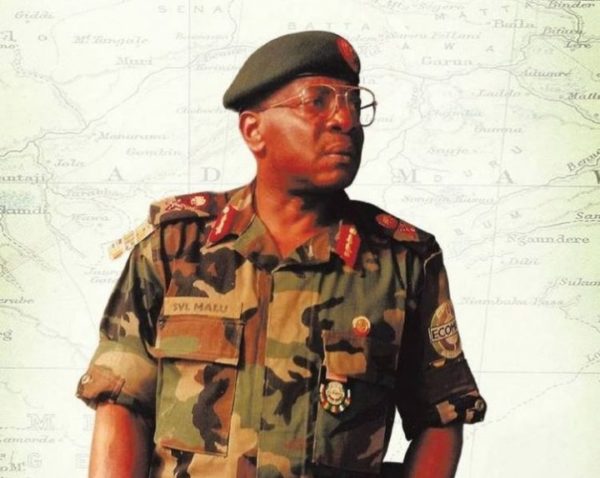 President Muhammadu Buhari has condoled with the Malu family as well as the government and people of Benue on the death of retired Lt. General Victor Malu, a former Chief of Army Staff (COAS).

President Buhari, in a condolence message issued by his Special Adviser on Media and Publicity, Femi Adesina, also commiserated with the Nigerian Armed Forces on the demise of “a very distinguished and professional colleague.’’

The president stated that the deceased had demonstrated incredible courage and leadership, including during very turbulent times in Liberia.

President Buhari recalled that as Force Commander of the ECOMOG peace-keeping troops in Liberia from 1996 to 1998, General Malu was an icon of professionalism, bravery and discipline.

He noted that Malu aptly demonstrated these attributes throughout his national and international military assignments.

According to him, the late General will be fondly remembered for his dedication and commitment as a military officer; and his numerous landmark contributions to Nigeria’s unity and development.

President Buhari urged the bereaved family, friends and associates to honour Malu’s memory by upholding his invaluable sacrifices for a peaceful and united Nigeria.

He prayed that Almighty God would comfort all who mourned Gen. Malu, and grant his soul perfect peace.

Malu, 70, died in at a Cairo hospital in Egypt in the early hours of Monday.

He enrolled in the Nigerian Defence Academy, Kaduna, in 1967, as part of the 3rd Regular Course and was commissioned as a 2nd Lieutenant enlisted upon graduation in 1970.

He also attended Command and Staff College, Jaji and the National Institute of Policy and Strategic Studies, Kuru, Jos.

Don’t Stop Until you Win