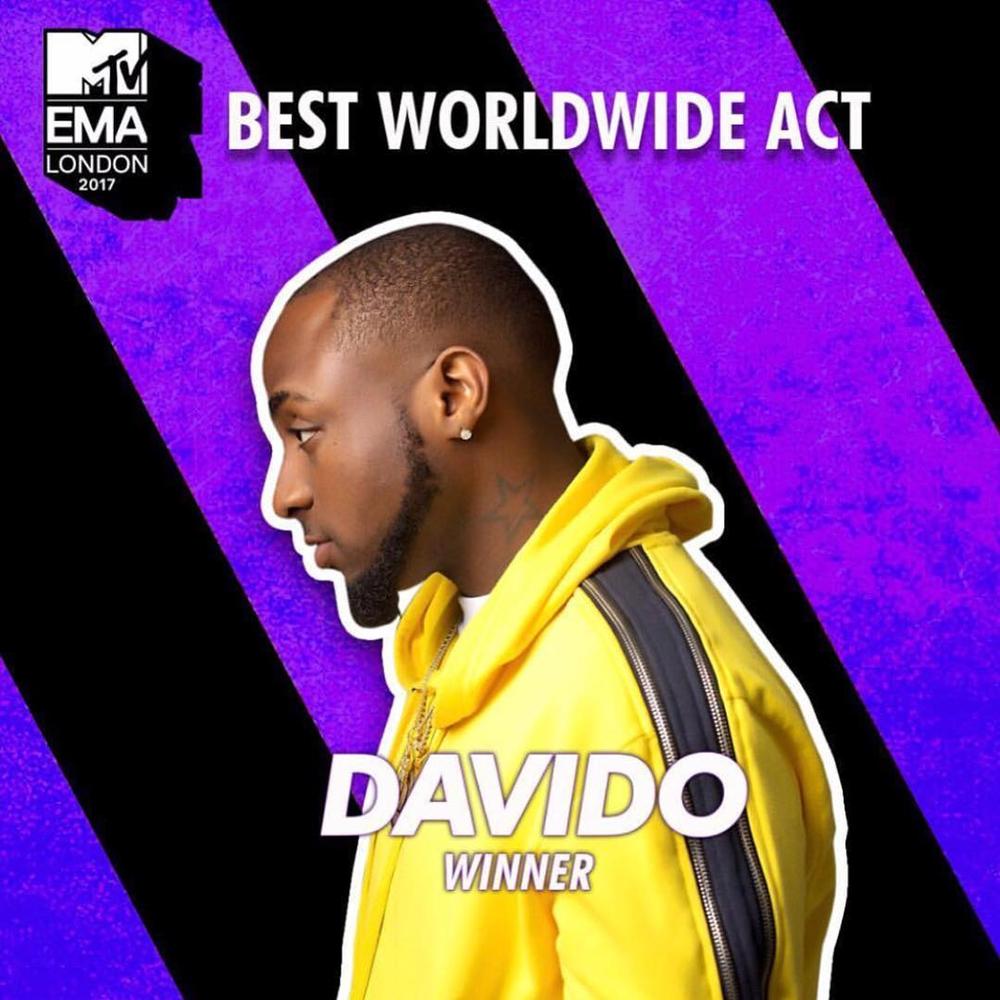 Nigerian superstar Davido has clinched another MTV EMA award after he was announced winner of the “Best Worldwide Act” earlier this evening.

The singer who won the “Best African Act” just yesterday now has 2 EMA Awards in the space of 2 days. He shared the news on his Instagram with the caption: