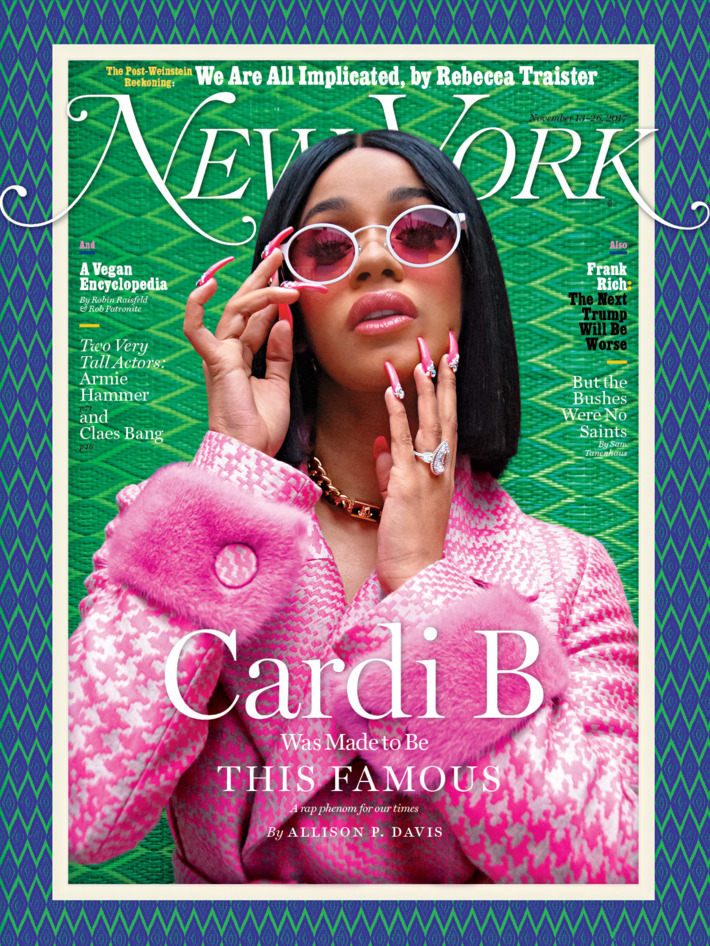 It’s been from concert venues to TV shows and magazine covers for Cardi B this season. The rapper is the cover star in the latest issue of New York Magazine.

Cardi B, in her profile for the magazine, discussed rejecting the feminist label. She said:

You know what? I’m not even gonna consider myself nothing.

Here’s the thing that b***hes got me f***ed up when it comes to that word. People think that being a feminist is a b***h that, like, went to school.

They wear skirts all the way to their motherf***ing ankles like a goddamn First Lady. That’s not being a feminist. Being a feminist is being equal to do what a man do. Niggas hustle, and I hustle niggas.

Cardi B, who used to be a stripper, described the gratification she gets from rapping and performing is different from what she gets from dancing. She said:

I get really happy when people see me perform and they’re rapping my music, but it’s a different feeling when you’re dancing and the men throwing you money because you look good.

It’s just like when the rice is getting thrown at the bride.

That s**t really make you feel powerful. It’s the power of the p***y. It’s just like you’ve got to finesse it.

She also discussed carrying a razor blade on her for safety. She said:

I used to carry it in my mouth. I’d carry a gun, but it’s New York! We caint! But I get threats. I always have a little schomthing on me. That’s just how I was raised.