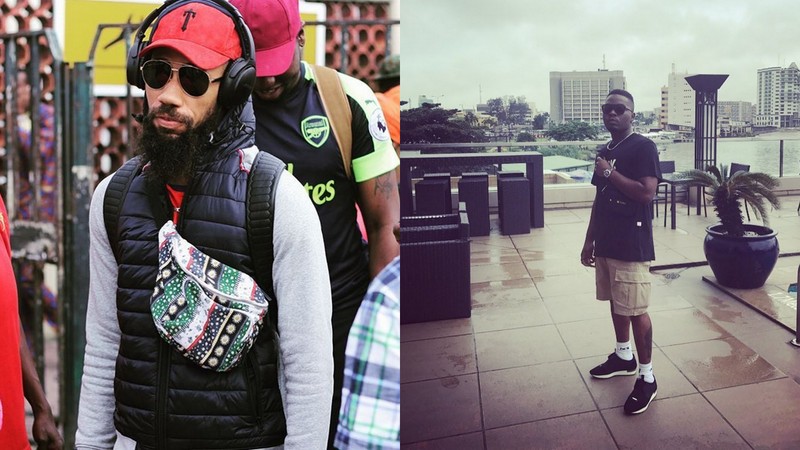 Earlier today, a video surfaced of a ruckus at the venue of Olamide & Phyno‘s “Culture Tour” in Canada where they were supposed to perform but did not show up. The promoter came on stage to announce that Phyno was sick and as such the show will not hold. The audience who had paid for the tickets and were waiting  got angry and resorted to violence, damaging stuff at the venue.

Both artistes have however cleared the air on the issue, stating why they refused to perform. They said that the promoter, one Prince George Entertainment had defaulted on their earlier agreement. The statement which was signed by both YBNL and Penthauze Entertainment read:

We humbly apologize to our fans who bought tickets for The Culture Tour in Canada. Olamide and Phyno love and adore their fans and did everything within their power to ensure they performed at the event. However the promoter Prince George Entertainment defaulted on the our agreement . It was announced at the venue during the show that Phyno was sick and he couldn’t perform which is a lie . Phyno wasn’t sick and was/is in good health. Olamide and Phyno met up with all obligations to make the event a success and where present in Canada ready to perform but the promoter Prince George Entertainment refused to honor our agreement. Our humble apologies once more as we understand a lot of fans sacrificed so much to be at the event. 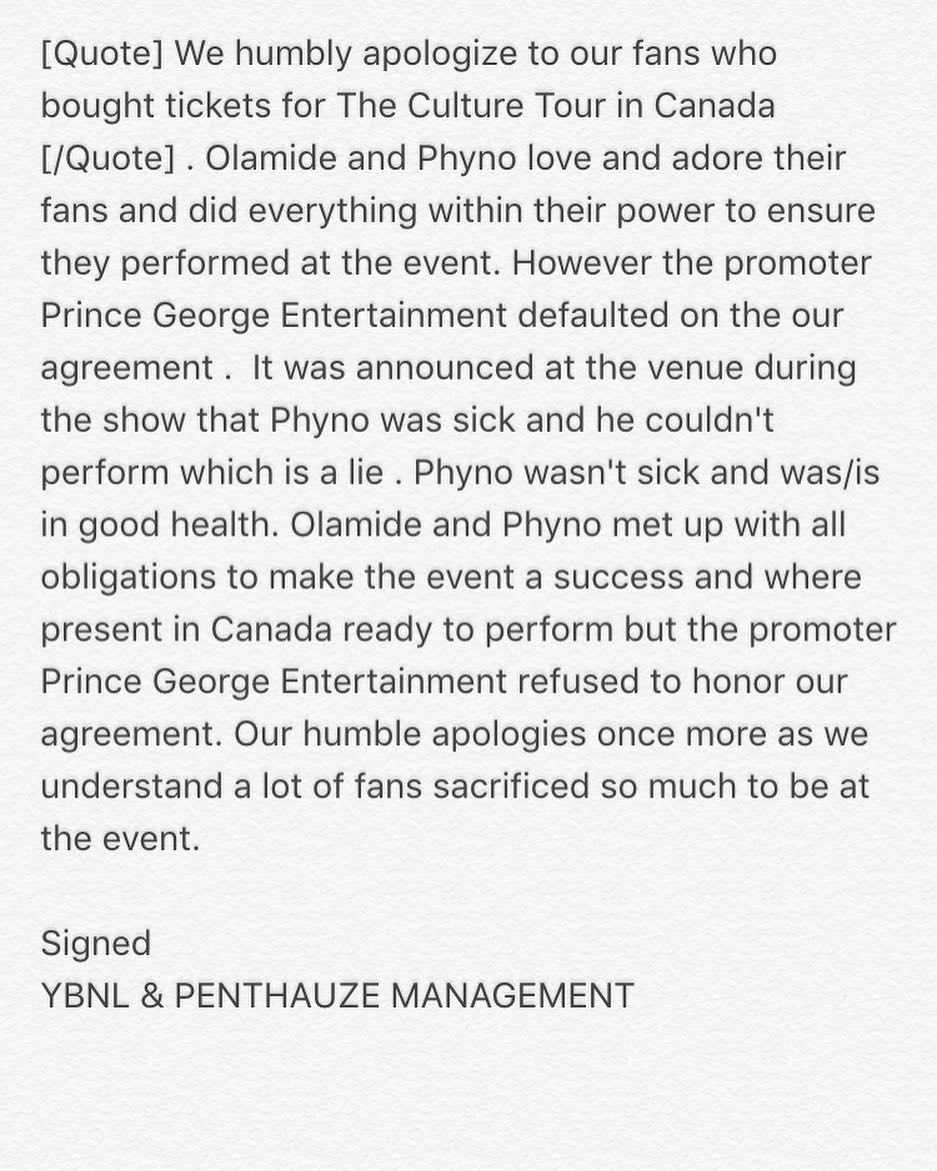