The Kingdom of Kendrick! Check out the Rap Star's Cover & Interview for Variety Magazine's "Hitmakers" Issue 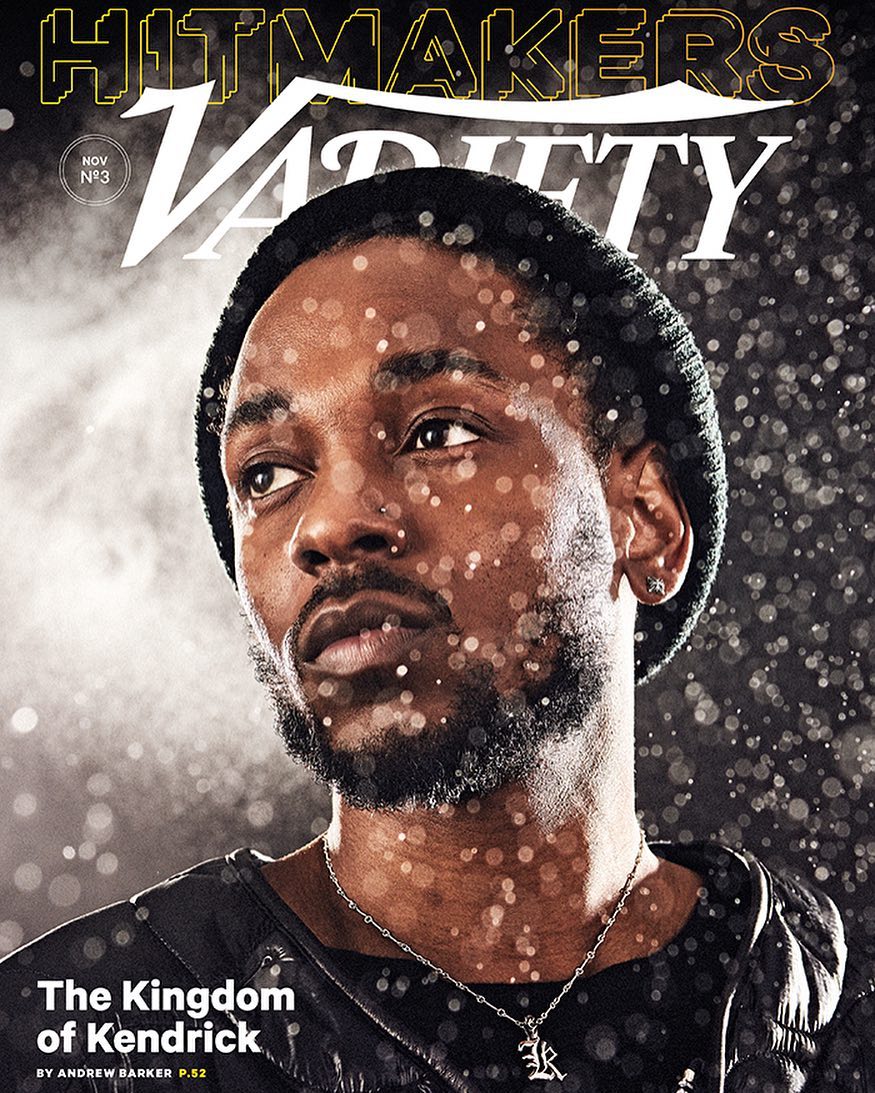 American rapper Kendrick Lamar can rightfully be described as one of the best Hip Hop acts his generation has produced. His last three studio albums were consecutive Billboard chart toppers. His most recent album “Damn” lasted three weeks on the chart and even made a comeback 13 weeks later to take first position.

As he covers the latest issue of Variety Magazine, the rapper discusses with Andrew Barker on what makes an hit record, the mysteries and riddles in his “Damn“, his creative process and more.

On what makes a hit record:

On the mysteries and riddles behind “Damn”:

I think the more people talk about it, the more it becomes fascinating, and you can have a debate about it. It’s all healthy because it’s talking about the music. As long as I keep knowing how much to give, giving just enough, and being able to pull back and leave the audience to interpret it, I think [the music] will stay intact.

On his creative process:

For me, prior to me recording, it’s 70% me just formulating ideas in my mind and 30% just collecting sounds and making sounds, prior to me actually getting in the studio. Then it’s about figuring out which angle I’m going to attack it from and how the listener is going to perceive it. These are the ideas you’re constantly, constantly thinking about, and it’s not really about going to instrumentals and bringing on beats [from producers], because I feel my greatest knack is for taking cohesive ideas and putting them on wax. So it starts with me first, with my thoughts.

On being inspired by 2Pac, Notorious B.I.G & DMX’ records:

I just come from that era. I don’t look at these albums like just music; it sounds like an actual film. To me, you need a big, grand production when you listen to these songs. You don’t necessarily just hear the music — you see it. You hear the stories; you hear the interludes; you hear the hooks and how different things intertwine. I always carry some type of conceptual idea inside my music, whether it’s a big concept or it’s so subtle you can’t even tell until you get to 20 listens. It’s such a huge deal to this day, seeing if an artist can still pull it off. Because there’s not too many artists who give you that in a way that feels authentic, where you say, ‘OK, this person really sat down and thought through this idea.