#MainaGate: No way Maina could have received Salaries after Disengagement - Adeosun 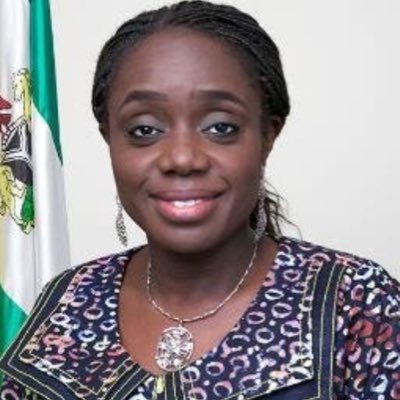 The Minister of Finance, Kemi Adeosun, on Thursday said the former Chairman, Pension Reform Task Force, Abdulrasheed Maina, did not receive salary from government after his disengagement.

Adeosun said this in Abuja when she appeared before members of House of Representatives Ad hoc Committee investigating the disappearance, re-appearance, re-instatement and promotion of Maina.

She said that from the records of the ministry, there was no trace of any payment of salary to Maina after he was disengaged from service in 2013.

“We have looked very well and we have no biometrics of Maina, so there is no way he could have received salaries,” Adeosun said.

In his submission, the Accountant-General of the Federation, Ahmed Idris, said that Maina was last paid salary in February, 2013.

According to Idris, from March, he was removed from the payroll so “I don’t know where he was receiving the salary.”

“If there was any payment of salary to Maina, there should be payslips and an account the payments were made; so, let whoever made the claim tender them to support the claim,” Idris said.

Counsel to Maina, Muhammadu Kuta, had while before the committee on November 23, claimed that his client received salary up to October, 2017.

According to Kuta, assignments were still being given to him to execute for the Federal Government even as at last month and he was getting his salary.

Related Topics:#MainaGateAbdulrasheed Maina
Up Next