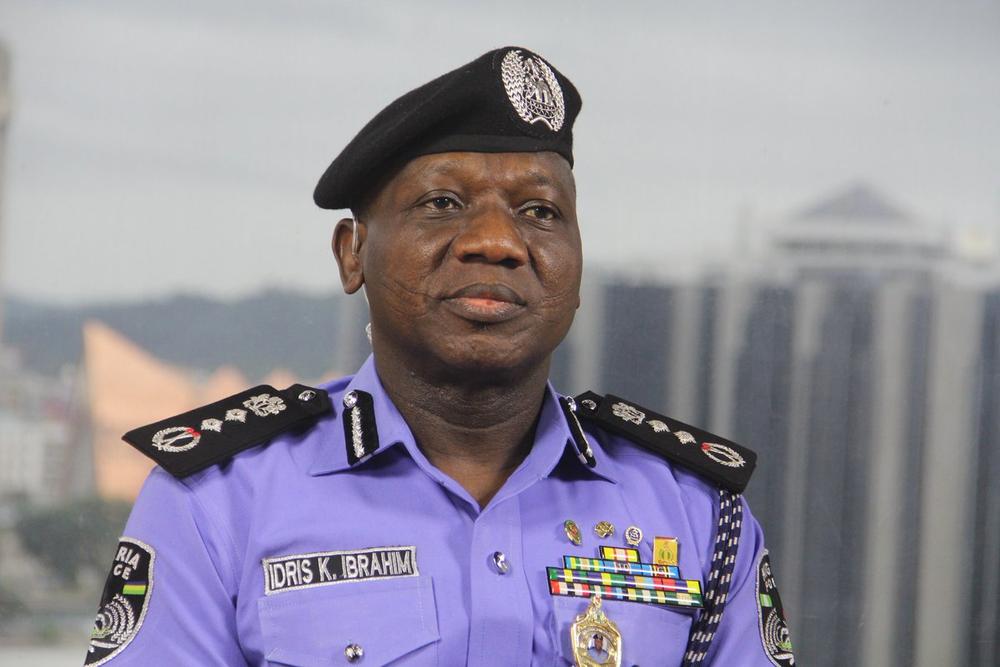 The Nigerian Police Force has rejected a report obtained from the 2016 World Internal Security & Police Index which ranks the force as the worst Police system in the world.

The report places the Singapore Police Force as the best in the world followed by Finland, and then Denmark. Nigeria’s police force is ranked worst on the index followed by DR Congo, Kenya, Uganda and Pakistan. Countries with protracted civil conflicts were not ranked on the index. 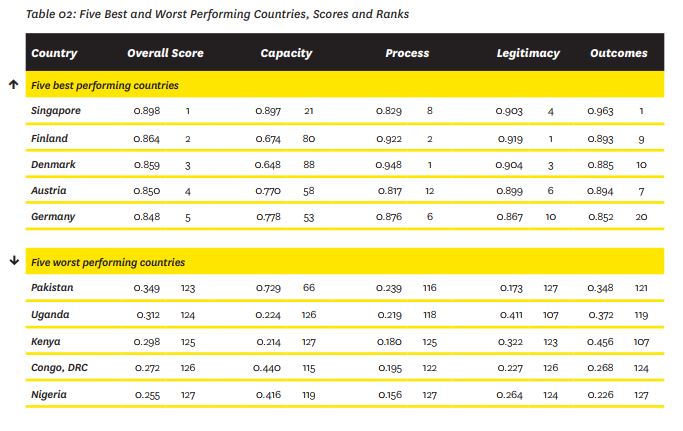 The Nigerian Police Force has however rejected the report. In a statement signed by Police PRO Jimoh Moshood, the report is described as “entirely misleading, a clear misrepresentation of facts and figures and essentially unempirical, considering the area of coverage of the report”. The statement reads:

RE: NIGERIA POLICE RATED WORST IN THE WORLD

· Nigeria Police Force is the best in UN Peace Keeping Operations, Best in Africa, One of the Best in the World. The Force rejects the report as unempirical and absolute falsehood, should be disregarded and discountenanced.

The attention of the Nigeria Police Force has been drawn to The Cable News Online of today, 10th November, 2017 captioned “NIGERIA POLICE RATED WORST IN THE WORLD”, on the 2016 World Internal Security and Police Index (WISPI) credited to two (2) bodies, The International Police Association and the Institute for Economics and Peace. The report claimed to have measured the ability of the Police to address Internal Security Issues in 127 Countries in four (4) key areas of Capacity, Process, Legitimacy and Outcomes.

2. The Nigeria Police Force after a careful study of the report and the news items emanating from it, wishes to state categorically that the report is entirely misleading, a clear misrepresentation of facts and figures and essentially unempirical, considering the area of coverage of the report which was said to have been carried out in 2016 by the above mentioned associations.

3. The report did not take into cognisance the significant improvement in the areas of Capacity Building, Training and Re-training of the entire personnel of the Force as provided for by the current Federal Government of Nigeria and other Foreign and Local NGOs which has greatly improved the efficiency and service delivery of the personnel of the Force throughout the country.

4. It is pertinent to state that the instruments used to evaluate the performance of the Force vis-à-vis that of other countries is absolutely incorrect and grossly inadequate and therefore a plain distortion of facts and figures. The strength of about Three Hundred and Seventy Thousand (370,000) Police Personnel in the country stands at around One (1) Policeman to less than Six Hundred (600) people in a population estimates of One Hundred and Eighty Millions (180,000,000) Nigerians.

5. It is equally significant to state that the current recruitment of additional Ten Thousand (10,000) Police Personnel into the Force by the Federal Government of Nigeria and the request by the Inspector General of Police to Government for approval of the recruitment of Thirty One Thousand (31,000) Police Personnel yearly for a period of 5years will definitely increase the strength of the Force to meet up with the UN ratio of One (1) Policeman to Four Hundred (400) citizens.

7. Currently, the Nigeria Police Force is one of the only two African Delegates representing the whole of Africa continent on the executive committee of Interpol, a position the Force attained based on high performance, merit and sustained good track records.

8. For avoidance of doubt, since the inception of the present Police administration in July 2016, the Inspector General of Police, IGP Ibrahim K. Idris NPM, mni, he has introduced and implemented diverse internal reforms aimed at improving capacity building and efficient service delivery of the personnel of the Force, which is yielding positive results in the standardization of the capability of the Nigeria Police Force to deal with violent crimes and terrorism throughout the country. The establishment and take-off of a world class Terrorism Investigation Bureau for the Force with state-of-the-art equipment and technical support from foreign partners has greatly improved the capacity of the Force to deal with threats posed to internal security in this regard.

9. However, it must be pointed out that the Nigeria Police Force sees the report as a clear demonstration of mischief, ignorance and calculated attempt to distort the feat being recorded by the Force in ensuring adequate security and safety of Nigerians. Nowhere in the report were references made to either the improved capacity or achievements recorded by the Nigeria Police Force across the country in the recent time, the Force therefore implores all Nigerians and international community to disregard the report as unfounded and misleading.

10. The renewed determination of the Force to adhere to Internal Police Reforms for greater efficiency in service delivery and conform to standard principles, building trust and confidence in the citizenry for their safety remain unequivocal and unwavering.

Ikoyi Recovery: Whistleblower “has not been paid a penny” – Lawyer